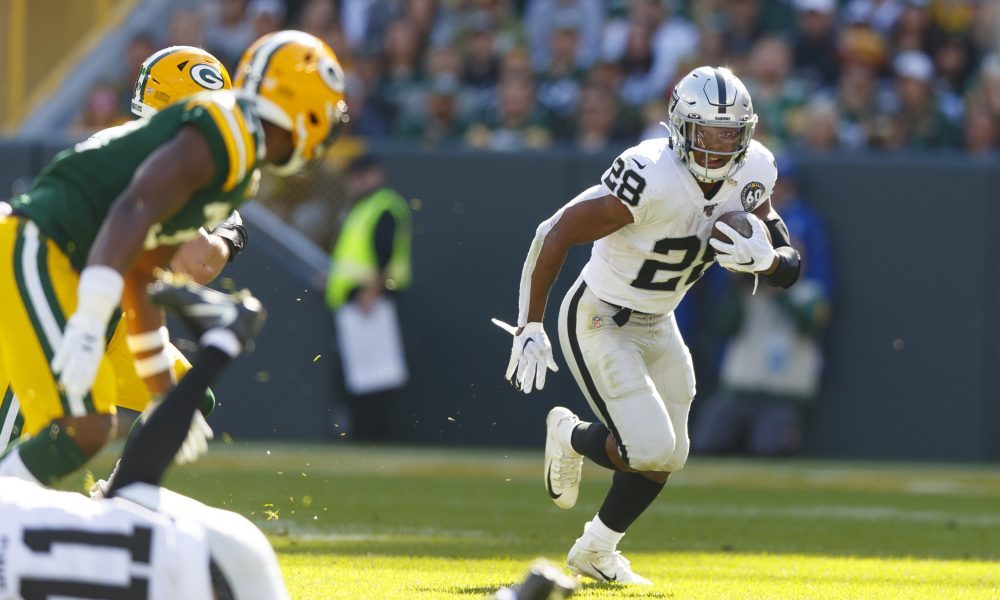 Although it didn’t quite translate to a win, Oakland Raiders running back Josh Jacobs has been balling out all season long and continued to do so on Sunday against the Green Bay Packers. Just two weeks after setting a career high in rushing yards against the Chicago Bears, Jacobs was able to just inch out that stat line as he ran for 124-yards.

The rookie has made noise all season long as no one has truly shown that they know how to stop him. But Jacobs elite vision and lateral quickness make it tough for teams to even come up with a plan to do so.

Here is just one of the great runs Jacobs had on Sunday where he showed why he was worth getting picked in the first round.

Not many rookies have entered the league and been able to read and react to the NFL defense the way Jacobs has. Back in the early portion of the season Jacobs talked about how he the speed of the NFL didn’t really faze him and how the transition from college to the pros was almost easy.

Jacobs has now rushed for over 100-yards in back to back weeks and on the season, has ran for a total of 550-yards, four touchdowns with an average of 5.3 yards per carry.

When it was all said, and done Green Bay was able to defeat Oakland 42-24. But Jacobs success will only give the Raiders a successful foundation to move forward with. And it will also bring a lot more traction to Jacobs new website.