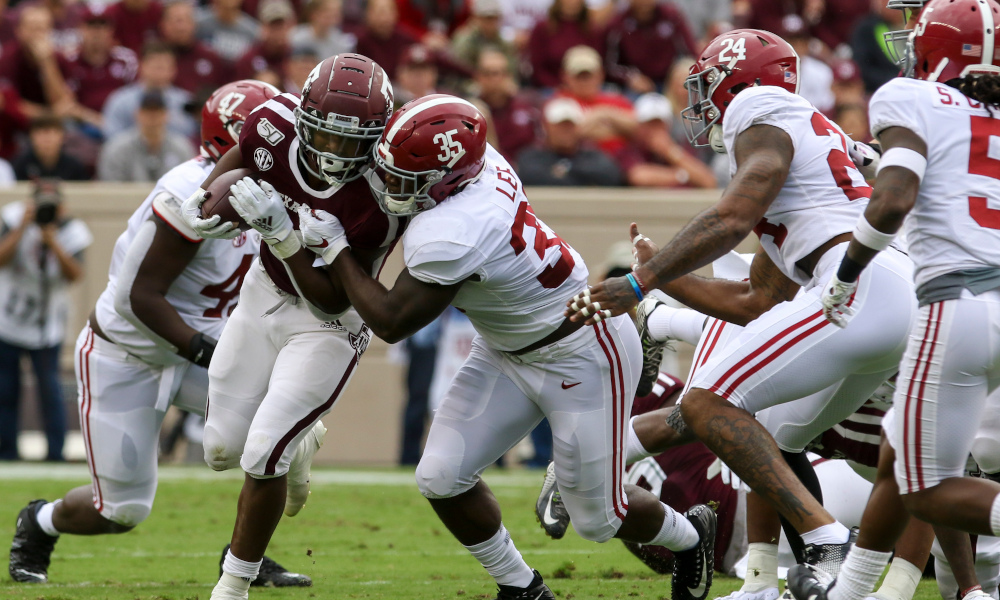 Much like some people have written off Alabama’s chances of winning a College Football Playoff National Championship, the opportunity for Shane Lee to be impactful at linebacker has been questioned as well.

Despite him having a successful freshman season, his lack of speed in headline games has created the thought of can he truly be effective on the inside of a defense? A four-star from Maryland in the 2019 recruiting cycle, Lee was second on the Crimson Tide’s roster for total tackles (86) and led all freshman in the Southeastern Conference.

Lee recorded three quarterback pressures, two forced fumbles and one interception through 13 games – en route to helping Alabama remain in the top-20 in the nation for both scoring defense and total defense.

His efforts and improvement each week led to him earning Freshman All-American accolades from ESPN and Football Writers Association of American. Lee would also make the Freshman All-SEC team, according to the league’s coaches.

Even with his statistics, one of the top inside linebacker prospects had trouble disengaging himself from offensive linemen and tracking down athletic quarterbacks on plays. The 6-foot, 246-pounder carried extra weight on his frame in the 2019 campaign and it slowed him down a lot.

He has what it takes mentally to become a first-team All-SEC caliber player and on Thursday, Lee started the process of constructing his body.

He posted a video of him training via Instagram and the sophomore looks bought in to dropping weight.

Coming for everything they said I couldn’t have⚠️

Reuben Foster was the same height as Lee (6’0”); however, he flew around the field, attacked opposition and ignited fans at 228 pounds.

With the speed training of Dr. Matt Rhea and the flexibility of David Ballou, there is a strong possibility that Lee can drop at least 10 to 15 pounds. If he can get between 230 to 235, he will have both the mind and body to dominate the SEC and be a linebacker to fear nationally.

Keep all eyes on Lee this offseason.

He is looking to turn some heads in the fall.