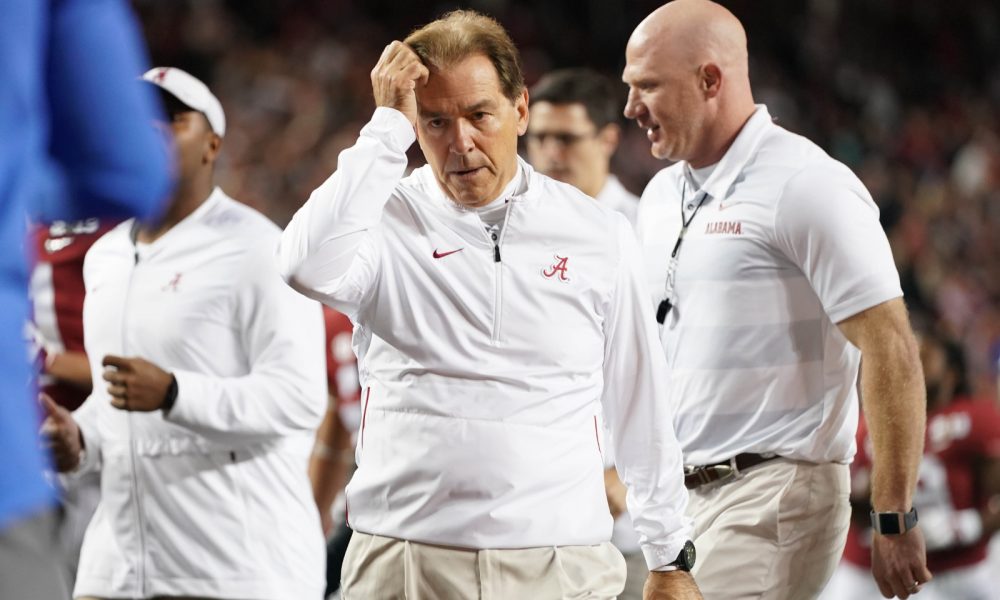 With the Ivy League cancelling all fall sports (Coronavirus concerns) and moving things to the spring semester, some fans of college football and leaders within the sport view this as a proper solution for everyone to take.

As tempting as it sounds, given the state of the country, one team doctor at the University of Alabama is highly against it.

According to Norman Waldrop III, an orthopaedic surgeon at Andrews Sports Medicine and Orthopaedic Center, he has five major concerns if the powers that be in college football moved the sport to the spring season.

My concerns about spring CFB football…
1) two seasons in 7 months won’t work, high risk for injuries 2) NFL will roll on next fall, players WILL sit out 3) fall/spring sports at same time is a logistics nightmare 4) without fall revenue hard to play spring sports 5) INJURIES

While he cites a ‘high risk of injuries’ being the main problem, Waldrop sees the lack of fall revenue would make it hard to play sports in the spring, and the continuation of the National Football League having a season plays a role too.

If college football is pushed to spring, the Crimson Tide would risk losing Dylan Moses, Patrick Surtain II, Najee Harris, Alex Leatherwood, Landon Dickerson and DeVonta Smith to the NFL Draft. In terms of Jaylen Waddle, NFL talent evaluators may feel like his freshman and sophomore efforts are enough to turn pro.

Should that happen, Alabama may lose him as well.

One would also have to look at players on the team who are already seniors, such as Joshua McMillon.

If the season is cancelled for the fall, he doesn’t have another year of eligibility left.

RELATED: What would Alabama football look like with a conference-only schedule for this season?

The program would be fielding nothing but freshmen and sophomores, which equates to very little experience if any at all.

Despite the ACC, Big Ten and Pac-12 conference maneuvering themselves to a conference-only schedule for fall sports, the SEC and Big 12 have not made a decision yet. As the remaining two power five conferences, both entities want the best possible solution.