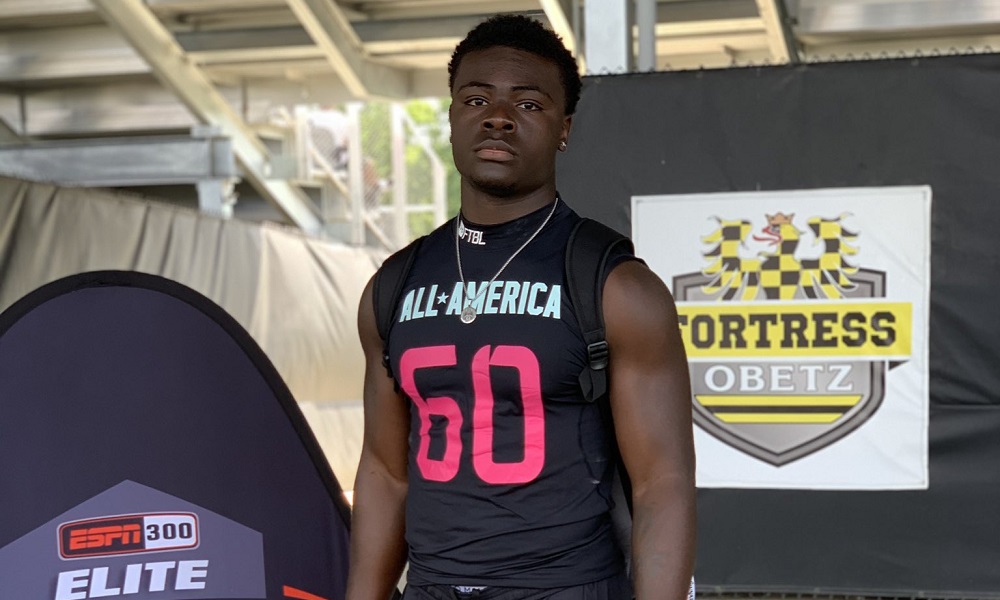 Alabama’s running back coach, Charles Huff, has made a huge impact on the Tide’s 2021 recruiting class so far and he has his eyes set on helping the Tide pull in another impressive group of recruits in the 2022 class.

“Coach Huff asked me about how the off-season was going, who I had been training with and was I lifting doing quarantine,” Williams said. “I told him yes and he offered me right after that. I was excited, very excited. It is mind-blowing when you think of their success. I did not even think they were going to contact me with them being so big, but they did.”

Toledo was the first program to offer Williams. Several Power 5 programs have made themselves a part of the push for Williams as of late. His last five offers have come from Power 5 schools, including offers from Kentucky and Penn State.

Alabama’s 2022 recruiting class currently has two linebackers committed with pledges from Jeremiah Alexander and Robert Woodyard. Alabama is recruiting Williams as a weakside defensive end. At 6-3 and 220 pounds, he fits the mold of a typical Alabama edge rusher.

The Tide’s staff told Williams they liked his physicality and the strides he made as a sophomore.

“They said they like that I have a good motor and how physical I am,” Wiliams said. “They also said they liked how my hands have improved since last year.”