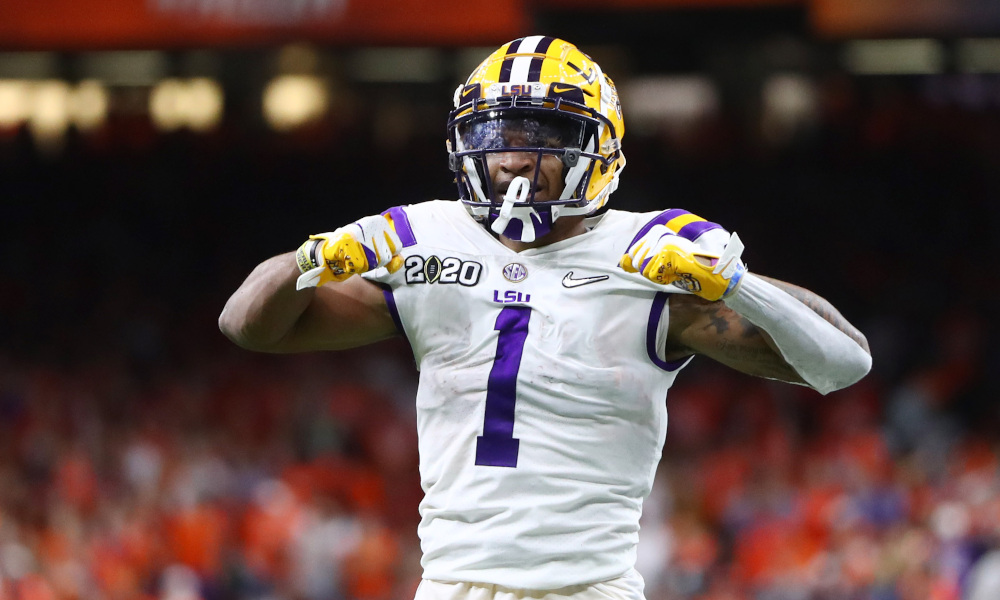 The task for Ed Orgeron and Louisiana State University to repeat as national champions has gotten harder.

After winning its first national title since 2007 and defeating Alabama for the first time since the 2011 regular season, LSU lost seven offensive players to the National Football League — including its Heisman winner in Joe Burrow.

Along with Burrow, the Tigers graduated Clyde Edwards-Helaire (running back), Justin Jefferson (wide receiver), Thaddeus Moss (tight end) and Stephen Sullivan (tight end) to the next level too.

Orgeron was willing to change the offense and hired 30-year-old Joe Brady as his passing game coordinator. Following one magical season, Brady is now with the Carolina Panthers.

Earlier this offseason, LSU had two critical players on defense — Kary Vincent Jr. and Neil Farrell Jr. — opt out of the 2020 season.

On Sunday, another blow was dealt to the Tigers.

According to a report from Dennis Dodd of CBS Sports, Ja’Marr Chase has decided to opt out of the 2020 season.

Chase made life very difficult for Alabama’s secondary, as he brought in 140 yards receiving and one score on six receptions in helping the Tigers to a 46-41 victory at Bryant-Denny Stadium. He won the Fred Biletnikoff Award, unanimous All-American honors and first-team All-SEC honors for his performance. Without him, Jefferson, Moss and Edwards-Helaire, Myles Brennan has one experienced target (Terrace Marshall Jr.) to work with in the fall. The Tigers will have to depend on five-star tight end Arik Gilbert and other freshmen to carry the offense in a 10-game, conference-only schedule.

Due to his desire to turn pro, Chase is pursuing the 2021 NFL Draft. He is one of the top prospects.

He may be one of the best receivers in the draft class, but will opting out do more harm than good for Chase?

Devonta Smith and Jaylen Waddle of the Tide are both playing this fall. The duo is regarded as one of the best in college football and both players are expected to be drafted in the first round. Should one of these two, if not both, have a monster season and play well against the Tigers, there could be a situation where Smith or Waddle gets taken before Chase.

Waddle was a speciality player a year ago; however, Steve Sarkisian will have him as an ‘every down’ receiver.

We live in a world that embodies the mantra: What have you done for me lately?

Because of this, it creates a bigger scenario for Smith and Waddle to grab the attention of NFL scouts and have more film to present to teams versus Chase. In just focusing on Smith, he dominated Tigers’ cornerback Derek Stingley in 2019.

Not having Vincent, Grant Delpit and Kristian Fulton puts even more pressure on Stingley this time versus Alabama.

With the Crimson Tide traveling to Tiger Stadium in seeking revenge, not having Chase and its two defensive players puts LSU at a disadvantage against Alabama. The Tide looks to enter the matchup with a trio of healthy players from Baton Rouge (La.) — Dylan Moses, Christian Harris and Christopher Allen — along with others in its journey to win a national championship.