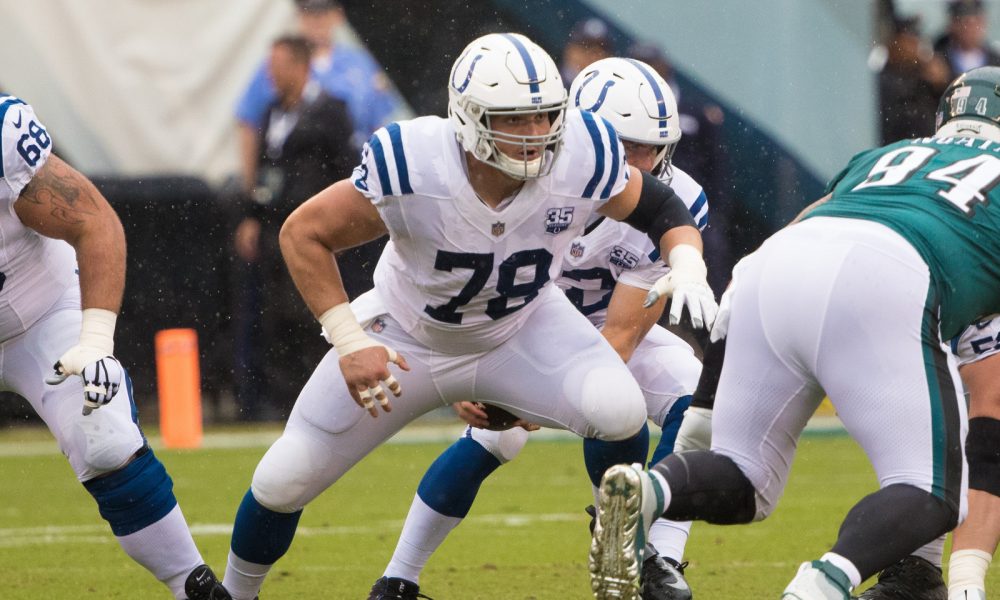 The Indianapolis Colts announced on Thursday that it had locked up the heart of its offensive line for the foreseeable future.

Center Ryan Kelly and the team agreed to a four-year deal worth $50 million with $34 million guaranteed, making him the highest-paid center in the entire NFL.

For the #Colts and C Ryan Kelly, it’s a 4-year deal worth $50M, source said. It contains $34M in guarantees. The new highest paid center. https://t.co/p1gdLxH0ci

Kelly was the Colts first-round draft pick back in 2016 and has started in all 51 games that he has been eligible to appear in. Last season Kelly was able to make his first Pro-Bowl after starting all 16 games along the offensive line and helping the team rank seventh in rushing and eighth in sack percentage.

He was the first Colts center to be named to the Pro-Bowl since Jeff Saturday.

Head coach Frank Reich describes Kelly as an “alpha dog” and the leader upfront for the offense.

“He has been top-notch,” Reich said when asked about Kelly back in May. “I mean, this guy has taken complete control of the offensive line room as far as the calls — what we do in the protection world and the run game. He is a really, really smart football player. He prepares very hard.