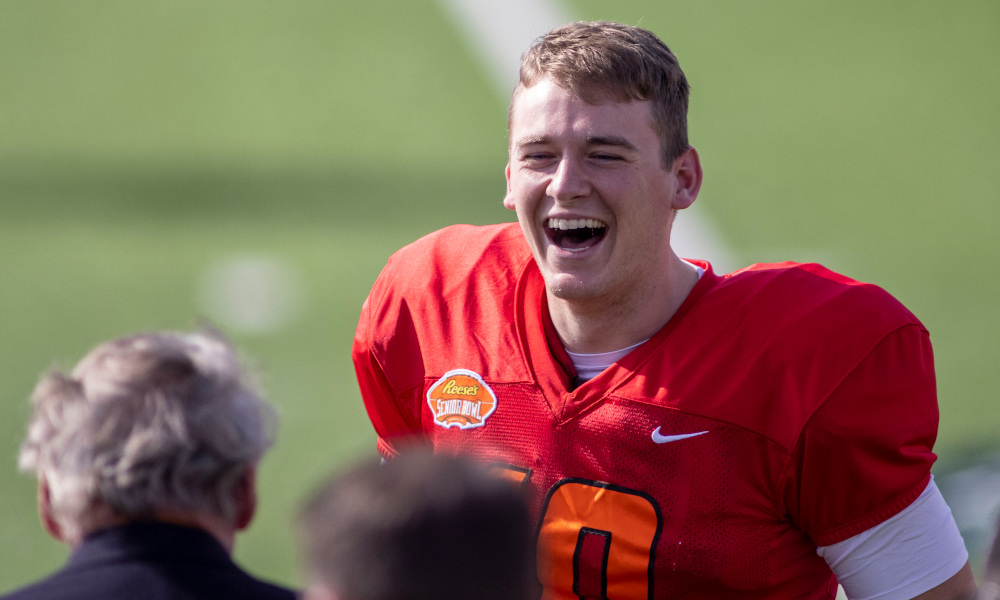 He could end up being the third quarterback taken in the upcoming NFL Draft, behind Trevor Lawrence and Justin Fields.

After enduring some struggles on Tuesday, Mac Jones impressed pro scouts on day two of Senior Bowl practice in Mobile, Ala.

The 2020 Heisman finalist, Consensus All-American, and College Football Playoff National Champion showed incredible accuracy on Wednesday and had command of the American team offense. His scoring passes to Racey McMath of LSU in team drills and Amari Rodgers of Clemson in one-on-one’s showed evaluators the chemistry Jones has with different wide receivers.

According to Matt Miller (an NFL draft scout) and Louis Riddick (Monday Night Football analyst for ESPN), the Crimson Tide standout created the most attention on day two of practice.

Mac Jones has been very impressive during team portions today.

Mac Jones could not have had a better day than he did today at @seniorbowl practice. Total command of every play he participated in, and threw the ball with exceptional accuracy. @AlabamaFTBL @MacJones_10

He set a single-season school record for passing yards at Alabama (4,500) and totaled 41 touchdowns, but NFL teams are looking at where Jones could fall in the first round.

The Atlanta Falcons have the 4th overall pick and could use it on Jones.

RELATED: DeVonta Smith and Tua Tagovailoa have discussed a possible reunion in Miami

In looking down the draft order, Carolina has the 8th pick, New England has the 15th pick, Washington has the 19th pick, Indianapolis has the 21st pick, Pittsburgh has the 24th pick, and New Orleans carries the 28th pick.

All seven teams either need a starting quarterback or could use a quarterback.

With Jones having fun at Whitney Hancock Stadium, he is locking up a first-round grade.