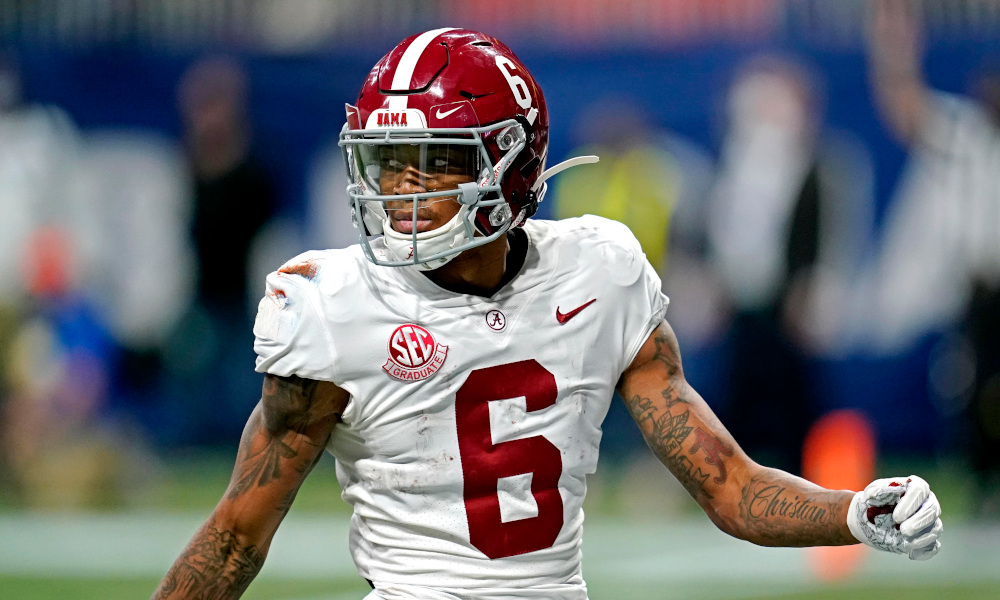 He will not practice or play in the Senior Bowl (thumb), but DeVonta Smith is in Mobile meeting with the Miami Dolphins and taking in the venue.

His height and weight will be checked at Alabama’s Pro Day; however, Smith did post 9 3/8″ hands, 31 1/2″ arms and a 78 1/2″ wingspan for his measurements. In his final season for the Crimson Tide, he rewrote the school’s single-season record for receiving yards (1,856) and touchdowns (23). He caught 117 passes and paced the team to a national championship.

Smith won a multitude of individual awards for his efforts — including SEC Offensive Player of the Year, Associated Press Player of the Year, Sporting News Player of the Year, Fred Biletnikoff Award, Paul Hornung Award, Walter Camp Award, Maxwell Award, first-team All-SEC and Unanimous All-American. He is the third player in Tide history to win the Heisman Memorial Trophy and the first wide receiver since Desmond Howard (1991, Michigan) to capture the honor. Smith was also the Offensive MVP for both Rose Bowl and College Football Playoff National Championship matchups.

With the Dolphins having the No. 3 overall pick in April, one beat reporter for the team is already claiming Smith.

Safid Deen, a sports writer for the South Florida Sun-Sentinel, is at the Senior Bowl and he posted a photo to Twitter of Smith standing next to his former Alabama teammate, Najee Harris.

He captioned the picture: “Future Dolphins WR DeVonta Smith and RB Najee Harris hanging out on the sidelines during Senior Bowl practice.”

After stating how it’s committed to Tua Tagovailoa at quarterback and hiring his Elite 11 coach to help him, the next move for Miami in securing Tagovailoa’s trust would be drafting Smith. The connection was good for 19 touchdowns at Alabama.

It may use its second pick of the first round (No. 18 overall) for Harris, but the Dolphins need to make Smith a primary focus.