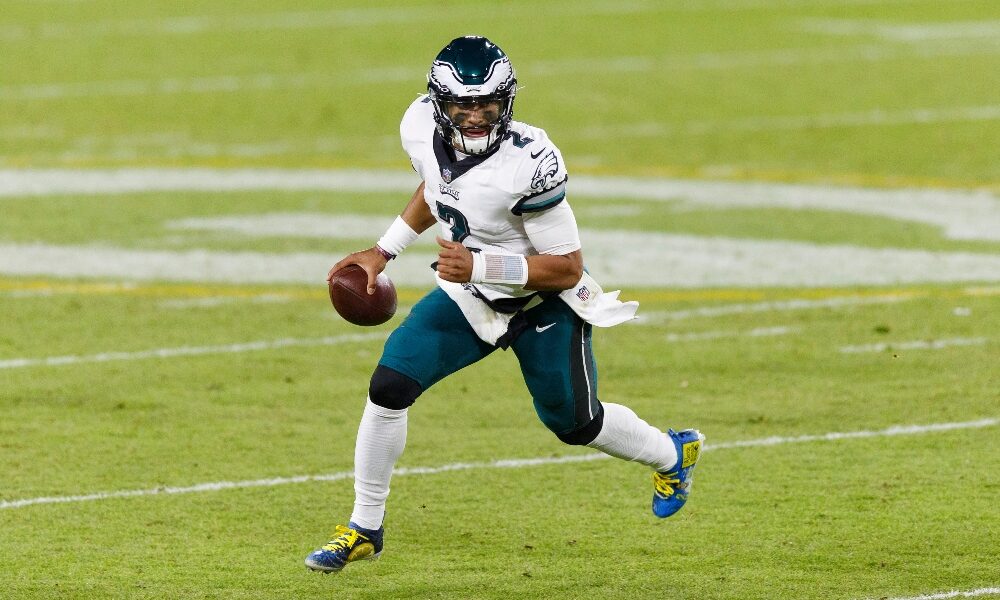 This comes as a surprise to no one, but Jalen Hurts is working.

After having some success as a rookie, including two 300-yard passing performances, he has a new head coach, a playmaker at wide receiver, and a hunger to prove the Philadelphia Eagles right for drafting him. He’s done well in OTAs, but Nick Sirianni has noticed some specific aspects that Hurts has grown in. As he continues building chemistry with his receivers, Siranni praised the attention to detail from Hurts in practices.

Before he starts his second season, Sirianni said Hurts ‘has command of the offense.’

“He comes to work every single day and intends to get better. Even from the Zoom meetings, I just saw him taking command of the offense. He has been on it. If you ask him a question, he’s on it and it has translated into walk-throughs on the field. I am really impressed with his command, attention to detail, and work ethic. He has all of those intangibles. On the field, he’s got a compact throwing motion. He gets the ball out with ease, and he’s super athletic. I was really pleased with a lot of things he did.”

Sirianni also praised Hurts’ accuracy throwing on the run. He was taken in the second round of the 2020 NFL Draft, but he is determined to show everyone he can be a quality signal-caller.

His head coach is seeing big things, and the players around Hurts have bought into his leadership.

The 2017 national champion is locked in and set to answer all critics in the coming fall.