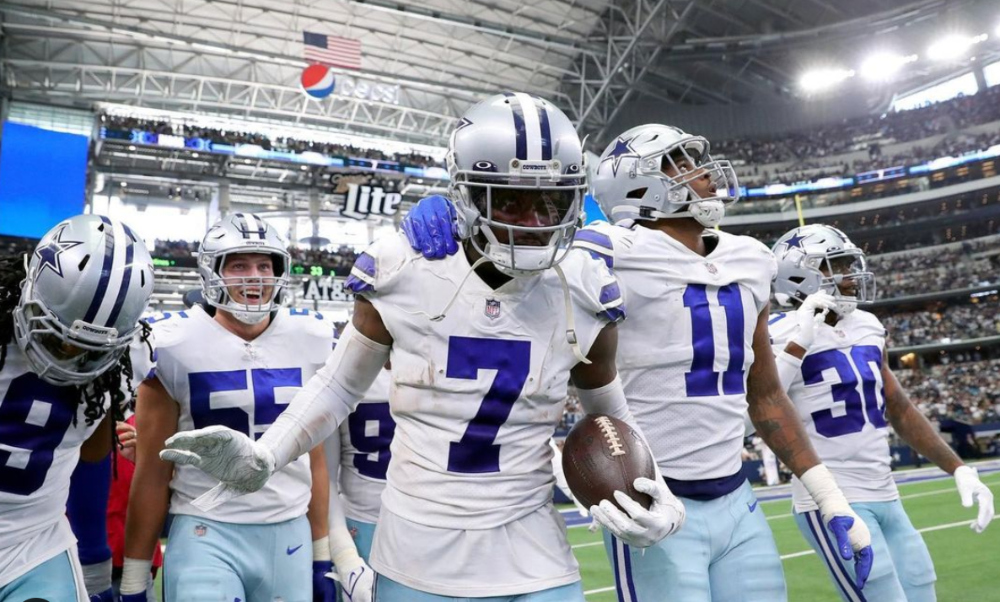 Trevon Diggs is becoming one of the best young defensive backs in the National Football League.

He arrived at Alabama in 2016 as an “athlete,” but a suggestion from Nick Saban changed everything. Diggs was a national champion with the Crimson Tide, and the Dallas Cowboys took him in the second round of the 2020 NFL Draft.

It normally has problems with its secondary; however, the Cowboys have been strong this season. Diggs has been a huge reason behind the team’s 5-1 start and first-place standing in the NFC East. He has recorded an interception in all six games, including two picks in a 36-28 victory for Dallas over Carolina. The Maryland native picked off his former Crimson Tide teammate, Jalen Hurts, and returned it for a touchdown versus the Eagles. He got Mac Jones in Sunday’s game versus the New England Patriots.

During the fourth quarter, the Patriots had a 21-20 lead with 2:36 remaining.

Jones was looking for wide receiver Kendrick Bourne on a crossing route. The ball pops out of his hands, and Diggs secured the ball for a turnover. He returned the pick 42 yards for a touchdown, giving Dallas a 26-21 lead. Despite Jones getting him back with a 75-yard touchdown to Bourne, Diggs’ takeaway provided the Cowboys with confidence to win the matchup. He collected four tackles with the interception and helped the Cowboys to a 35-29 win. His performances have the team on a five-game winning streak since its loss to the Buccaneers to open the season. Diggs leads the NFL for interceptions (seven) and passes defended (11). He has an opportunity to win the league’s Defensive Player of the Year Award if he continues this dominance.