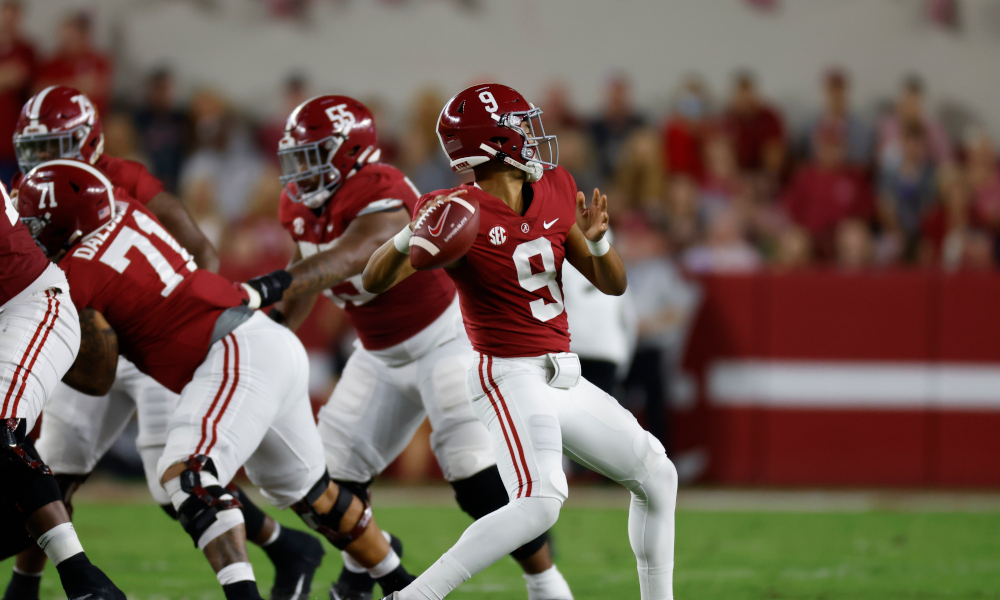 Alabama saw three of its players named to the AP Midseason All-America Team which was released Tuesday afternoon.

Making the team was Crimson Tide quarterback Bryce Young, offensive tackle Evan Neal and outside linebacker Will Anderson. Both Neal and Anderson were named to the AP Preseason All-America First Team back in August as Young was not listed on either first or second teams.

Alabama was the most well-represented program as its three selected players were the most by any other team.

Below is the full AP Midseason All-America Team: