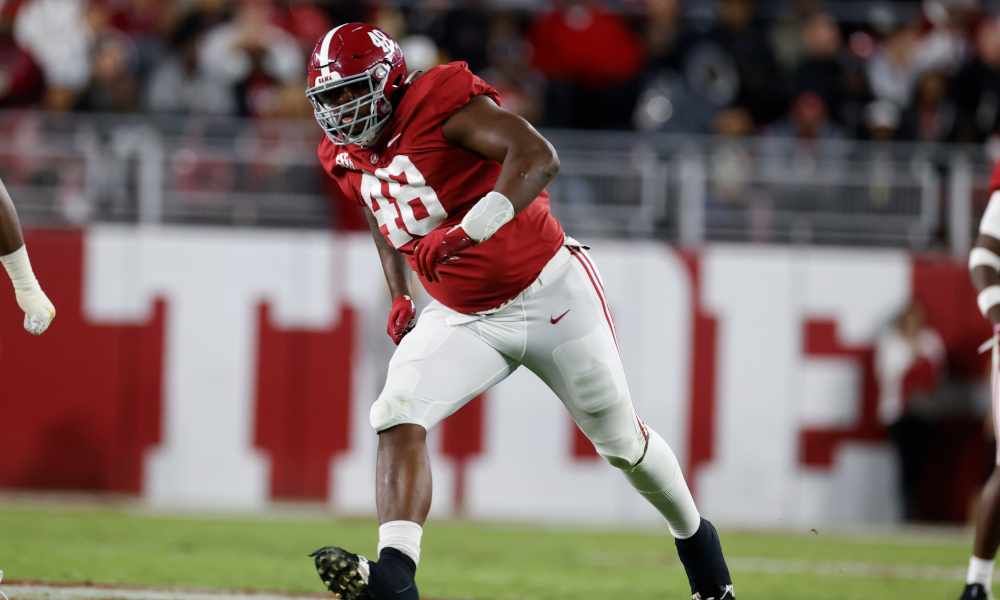 If a fourth one rises, it may be defensive lineman Phidarian (Phil) Mathis.

The fifth-year senior from Louisiana has been disruptive all season upfront. Jim Nagy, the Executive Director for the Reese’s Senior Bowl, has been impressed with Mathis.

One of most difficult positions & skill-sets for #NFL teams to find is big-bodied interior DL that can play on all three downs. @AlabamaFTBL DT Phil Mathis (@PhidarianMathis) is a 6040v, 320-pound man that has proven he can affect the QB with 5.5 sacks this year.#BestoftheBest https://t.co/5Qbs5BOX45 pic.twitter.com/kgb78OdWB7

He was one of several players on the watch list for the Senior Bowl in the preseason. Mathis had a dominant game versus Louisiana State University at Bryant-Denny Stadium.

He recorded nine tackles, 1.5 tackles for loss, one sack, three quarterback hurries (hits), and one fumble recovery. His energy pushed the Crimson Tide’s defense to hold LSU to 14 points in a 20-14 win.

The 6-foot-4, 312-pounder won Defensive Player of the Week from the Senior Bowl.

.@AlabamaFTBL DL @PhidarianMathis is our Defensive Player of the Week for the #RollTide win vs LSU. Mathis had 9 total tackles 1.5 TFLs, 1 sack, 3 QBH, and a fumble recovery in Alabama’s 20-14 win. #TheDraftStartsInMOBILE™️ pic.twitter.com/Ezd7QGv1Gu

He projects as a second-rounder on my board for Touchdown Alabama Magazine.

However, he will rise to first-round status if he wrecks Auburn’s offensive front in the Iron Bowl.