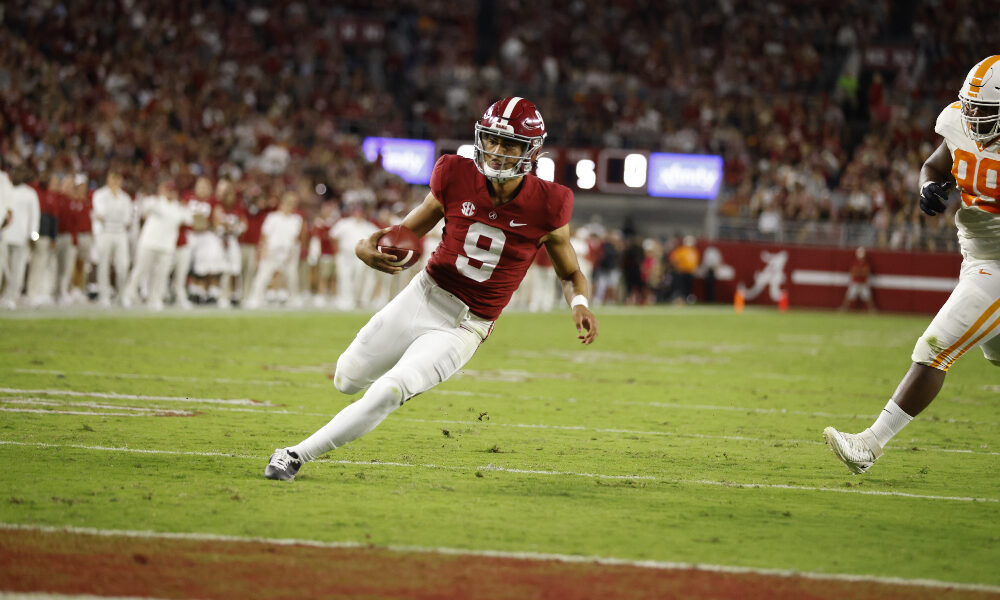 Alabama quarterback Bryce Young has been named a Walter Camp Player of the Year finalist, the Walter Camp Football Foundation Announced on Thursday.

The Crimson Tide has seen three players take home Walter Camp Player of the Year honors, including Derrick Henry (2015), Tua Tagovailoa (2018) and DeVonta Smith (2020). It is presented annually to the most outstanding player of the year in college football who has exemplified the qualities of self-discipline, unselfish team play, desire to excel, mature judgement and respect for leadership.

The 2021 Walter Camp Player of Year recipient, who is voted on by the 130 Football Bowl Subdivision head coaches and sports information directors, will be announced on Dec. 9 on The Home Depot College Football Awards show.