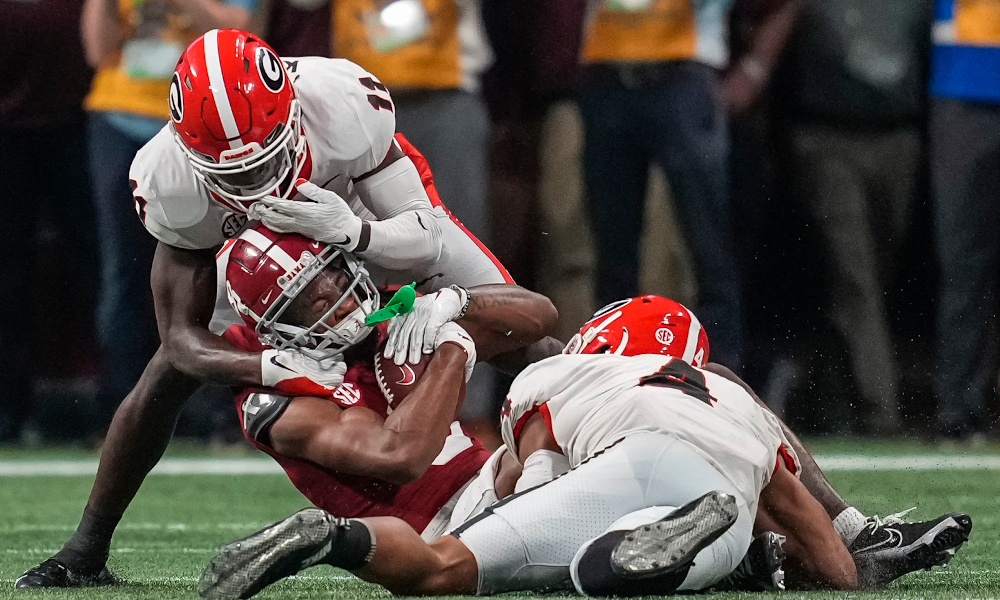 A chess match will happen in the College Football Playoff National Championship Game.

Georgia will play the card of the SEC Championship loss was a fluke.

The players were emotional after suffering a defeat to Alabama on Dec. 4, 2020, but they knew they would be back in this situation. After dominating Michigan in the Orange Bowl, the Bulldogs are ready to show the Crimson Tide and national media what they have been all season. Bettings sites and media pundits have Kirby Smart and Georgia beating the Tide.

The Bulldogs are a three-point favorite.

Alabama has the underdog card again. Nick Saban and the Tide earned a 41-24 victory over Georgia at Mercedes-Benz Stadium.

Alabama was nearly a seven-point underdog (6.5), but it handled the Bulldogs by 17 points.

Coach Saban watched his team suffocate Cincinnati in the Cotton Bowl to a 27-6 victory at AT&T Stadium. Alabama has not gotten its respect from a national landscape, as betting sites have it as an underdog. Saban relishes this role and looks to show his dominance over Coach Smart again. The Tide looks to repeat as champions. In today’s media availability for the CFP National Championship, Georgia’s offensive coordinator, defensive coordinator, and student-athletes spoke to the media.

Kirby Smart started the conversation on Monday about how Georgia beat itself in the SEC Championship matchup in Atlanta.

“We had some really critical third-down losses that — hey, they didn’t beat us, we busted,” Smart said. “You can’t do that and beat a good football team. You give them extra snaps whenever that happens.”

Williams had almost 200 yards receiving (184) with two touchdowns on seven catches. Bryce Young set an SEC Championship Game record against the best defense in the sport. He tossed for 421 passing yards and totaled four scores.

Alabama scored an SEC Championship Game record of 24 points in the second quarter. The Bulldogs allowed more (41) and yards (536) to the Tide than any other team in the 2021 season. However, James Cook feels like Georgia is where it should be.

“I knew we’d get another shot, so I wasn’t down on myself,” Cook said about his emotion after losing to Alabama in the SEC Championship.

Cook, a running back, collected 38 rushing yards and 28 receiving yards in the first meeting with Alabama. Georgia will need for him to be more productive next week.

Nolan Smith, a junior, said he cried after the loss to Alabama. He chose Georgia over the Crimson Tide in the 2019 recruiting cycle. Smith said the Bulldogs would be SEC Champions if three plays went differently in the contest.

“I think the first time we played (Alabama), we gave up a couple of big plays,” Smith said. “You can’t have those small mistakes in those big games because it’s a game of inches.”

Before he goes, he wants to coach the Bulldogs to a national championship.

Lanning’s defense did not sack Bryce Young in the SEC title game, but he said Georgia has something for the Heisman Trophy winner this time. Lanning said there are ‘different ways the Bulldogs will pressure Young,’ but he did not reveal them.

Georgia has not beaten a Saban-coached Alabama team since 2007. Kirby Smart has suffered defeats in four tries against his former boss. The Bulldogs sense this is their moment, but can Smart get over the mental hurdle of Saban? We will find out at Lucas Oil Stadium next week.