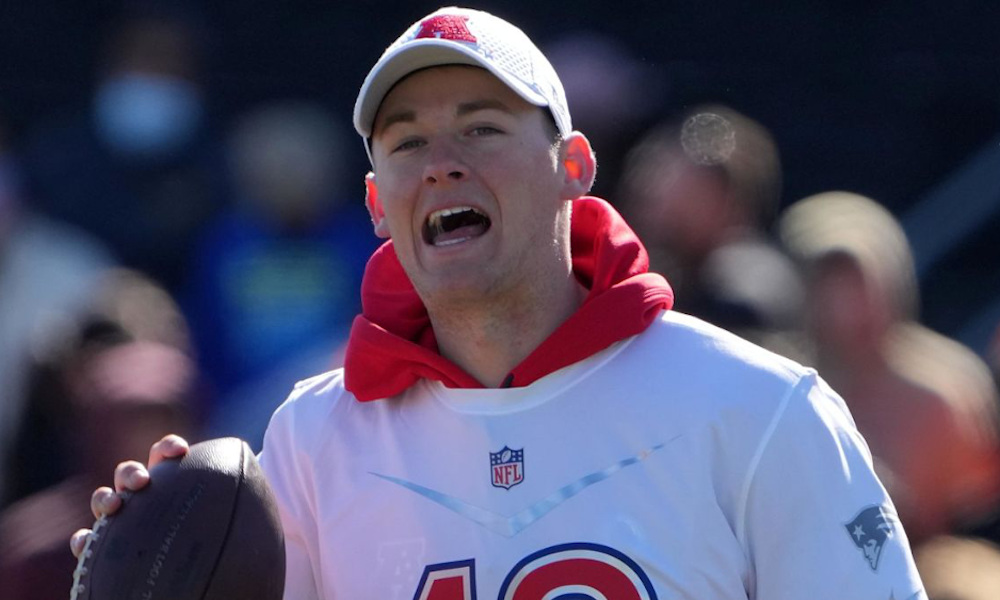 The “Griddy” dance has swept the NFL world for over a year now and it doesn’t look like it’s going anywhere anytime soon.

The newest player to give the dance a shot was New England Patriots quarterback Mac Jones who gave it a go during the Pro Bowl on Sunday in the endzone.

MAC JONES DID THE GRIDDY 😂

Jones’ attempt immediately went viral causing the NFL world to flock to social media to share their reactions to the dance:

Mac Jones did the Griddy!!! 😂pic.twitter.com/OGf53MoabB

Also became a Big Mac Jones fan this weekend lol .. the Griddy was the cherry on top 😂

It’s hilarious how much Mac Jones triggers other fan bases.

Mac Jones wasn’t stopping for ANYTHING. 😂

Jones finished the game completing 12 of 16 passes for 112 yards and a touchdown as the AFC defeated the NFC 41-35.