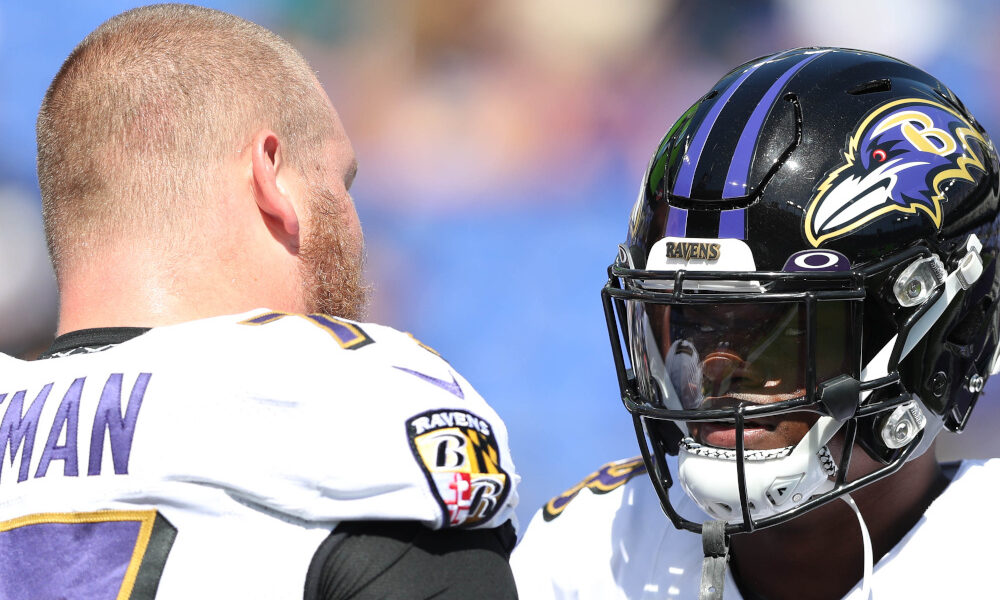 Bradley Bozeman spent his first four NFL seasons with the Baltimore Ravens, but now he has a new team.

A native of Roanoke, Ala., Bozeman agreed to terms on a one-year contract for the Carolina Panthers in free agency.

RELATED: Will the Buccaneers pick up Julio Jones as a free agent?

The 6-foot-5, 325-pounder started 48 career games in the last three years in Baltimore.

He was an effective left guard in 2019 and 2020, before moving to center in 2021. Bozeman cleared the way for eleven 500-yard rushers, including a pair of 1,000-yard rushing seasons from Lamar Jackson. He assisted Jackson in tossing for 3,127 yards and rushing for 1,206 yards in 2019 with 46 total touchdowns. Bozeman blocked for Jackson and Mark Ingram (1,018, ten scores) to have 1,000-yard rushing campaigns in 2019. The Ravens took Bozeman in the sixth round of the 2018 NFL Draft, and he helped the franchise win back-to-back AFC North titles in 2018 and 2019. Bozeman made the playoffs in three of four years in Baltimore.

He arrived at the University of Alabama as a three-star recruit in 2013.