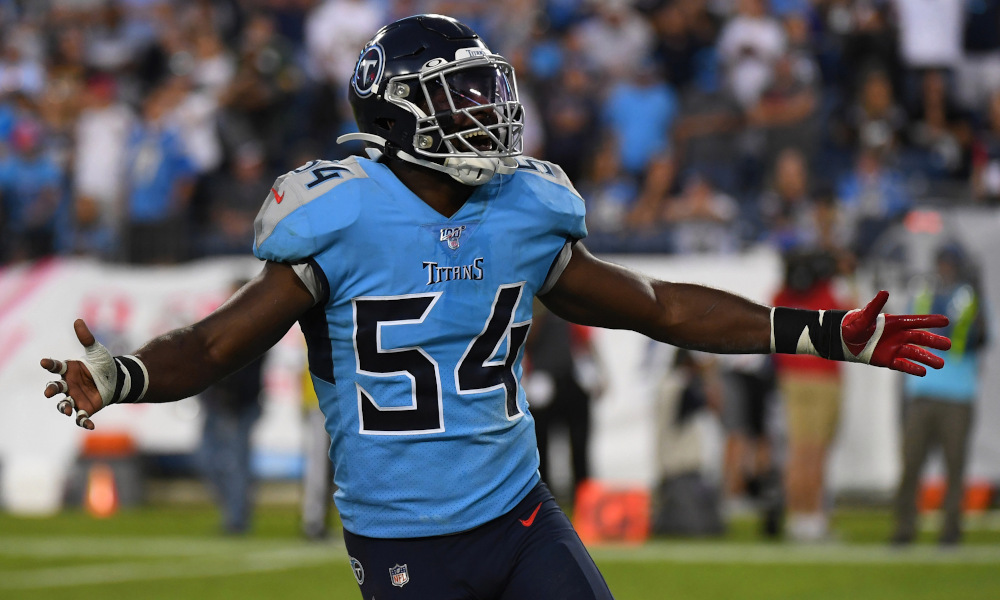 Rashaan Evans is done in Tennessee after four seasons with the Titans.

The team did not pick up the fifth-year option on his contract, so he is a free agent.

According to ESPN’s Adam Schefter, Evans is visiting the Jacksonville Jaguars tonight.

A native of Auburn, Ala., Evans got selected in the first round (No. 22 overall) of the 2018 NFL Draft after his career at the University of Alabama. The 6-foot-2, 232-pounder totaled 317 tackles, three sacks, eight pass deflections, two interceptions, one forced fumble, three fumble recoveries, and one touchdown in 59 games for the Titans. He enjoyed having 111 tackles (career-high) in 2019 with 2.5 sacks and one fumble recovery. A change of scenery may be what Evans needs to get him going in the pros.

He earned All-American and All-SEC honors as a linebacker for the Crimson Tide.