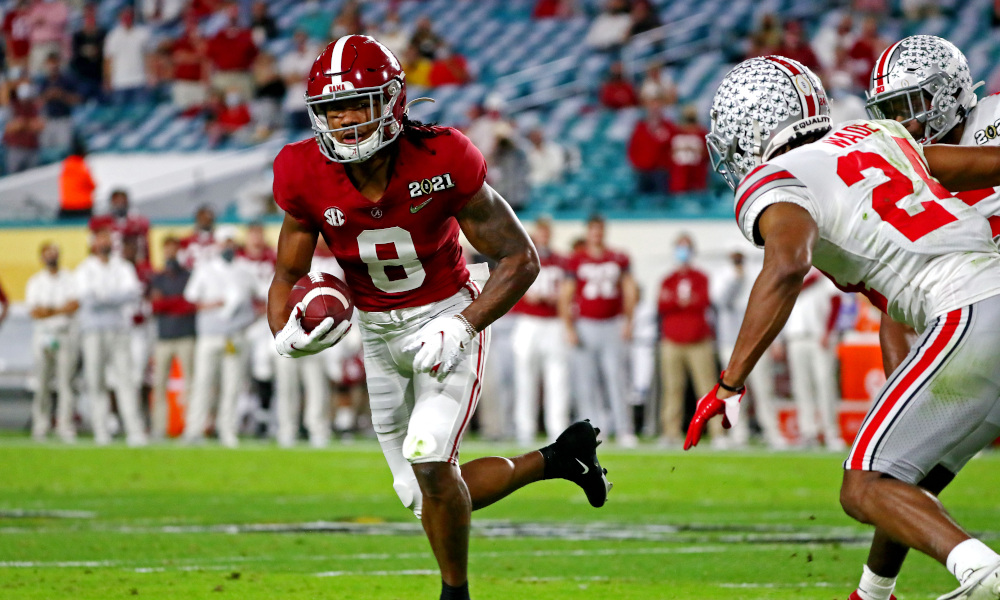 He got selected to the National Football League in the second round (No. 44 overall) by the Houston Texans, and the Canadian Football League’s BC Lions took Metchie in the seventh round. Metchie, a native of Brampton, Canada, played three seasons at the University of Alabama after arriving as a freshman in 2019. He came as a four-star recruit and developed into a good receiver.

The 5-foot-11, 187-pounder caught 96 passes (team-high) for 1,142 yards and eight touchdowns in 2021. He helped the Crimson Tide to a Southeastern Conference Championship and the College Football Playoff. Metchie is a two-time SEC Champion (2020, 2021) and a CFP National Champion in 2020. He is a two-time Jon Cornish Trophy winner, which goes to the Canadian student-athlete who has been the most outstanding player in college football. Metchie won the honor in 2020 and 2021 for his efforts.

The BC Lions hold his CFL rights should he choose to play north of the border at some point.