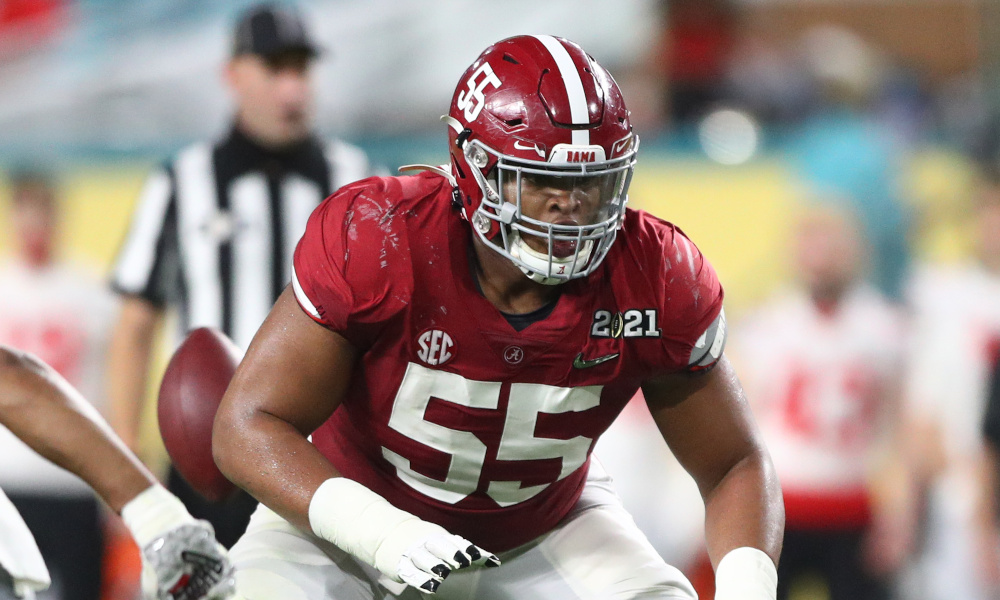 -Weaknesses: Getting to the second level

Ekiyor has started 29 games for Alabama, including 15 in 2021 at right guard. He finished last season with 17 knockdown blocks while giving up 1.5 sacks. He is listed as the Crimson Tide’s starting right guard heading into Alabama’s matchup against Utah State Saturday.

The Indiana product was selected to the Associated Press preseason All-America second team ahead of this season. He has an opportunity to climb some draft boards this year with his play.

Alabama has some weapons in the backfield and multiple weapons at wide receiver. With Bryce Young returning for his junior season, Ekiyor and Alabama’s offensive line will determine how much success Alabama’s offense will have the opportunity to have.