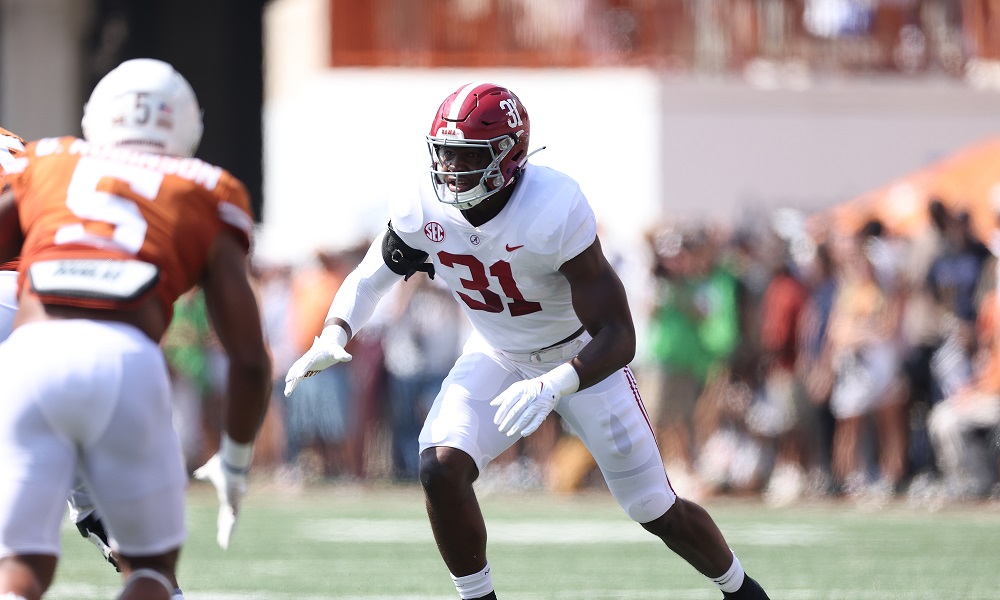 Will Anderson may achieve his goal of winning the Heisman Trophy.

On Monday, he was the first student-athlete to speak to reporters after Coach Nick Saban.

Anderson remains excited following his first career pick-six against Louisiana-Monroe. He grabbed the interception off Warhawks ‘quarterback Chandler Rogers, stiff-armed a player, and ran 25 yards for the score. Anderson’s teammates were overjoyed for its defensive leader. It was his first touchdown since playing rec ball in Georgia, and Anderson made sure his teammates rewarded him with $20 each. He loves sacking quarterbacks, hitting running backs, and having a fierce mindset on defense, but getting turnovers is special for him. Charles Woodsen, a Michigan alum, played cornerback in 1997 — the year he captured the Heisman Memorial Trophy. As the most recent defensive player to win, Woodsen was also a return specialist.

Anderson should have been in New York for the 2021 Heisman presentation, but he has an idea to get there. He told the media he feels comfortable with the ball in his hands. The pick-six was a top-five moment, but Anderson believes he’s capable of helping Alabama’s offense. Bryce Young is trying to build chemistry with the receivers, but maybe Alabama’s “Terminator” can help.

“I think OB [Bill O’Brien] and I are going to have a conversation after today’s practice,” Anderson said Monday about getting involved on offense after his first career pick-six. “I want to see if they have a package for me.”

Everyone in the room burst into laughter, but the junior outside linebacker wants a look. The 6-foot-4, 243-pounder sees an opportunity where he can help the offense. Anderson said he would like to come out of the backfield as a fullback or a tight end.

If Saban incorporates Anderson on offense and he’s successful, the former five-star could win the Heisman.

Voters look at defensive players more when they see him contributing on offense. People look at the Heisman as an offensive award or popularity contest. Anderson is a popular player and a marquee name in college football. We will see if he can build off his first touchdown with some reps on offense.