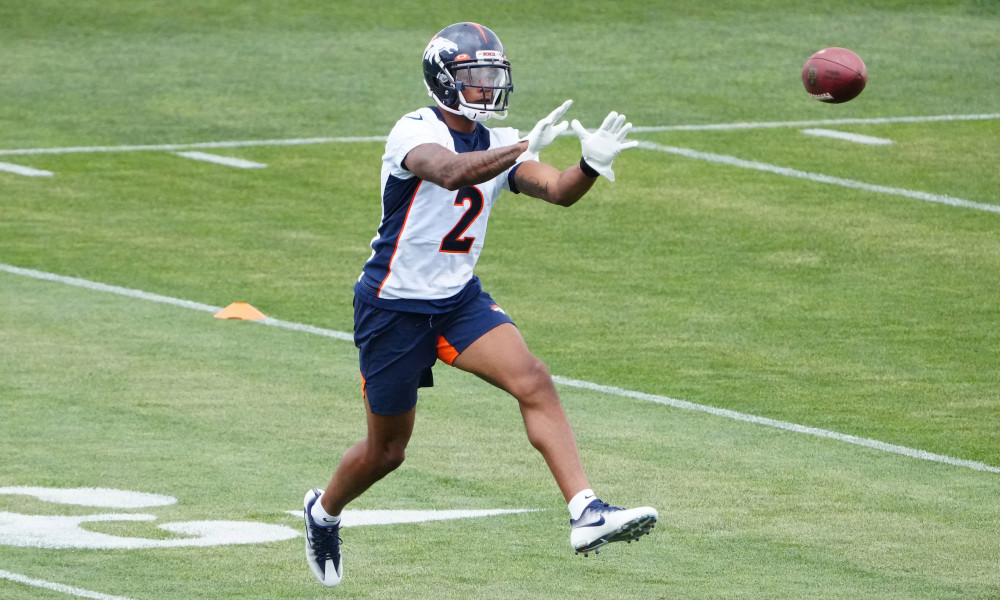 Patric Surtain II has become one of the best young cornerbacks in the National Football League in two years.

His peers have raved about his coverage skills, instincts, and ball skills as a defender.

He got selected by the Denver Broncos at No. 9 overall in the 2021 NFL Draft. As a rookie, Surtain impressed everyone with a team-high 14 pass breakups, four interceptions, and a touchdown. He does not have a pick this season, but Surtain has five breakups and continues to shut down the best wide receivers in the league. Pro Football Focus, a website that highlights the analytics of college and professional football, raved about his performance in a recent graphic.

Surtain has not allowed a touchdown in 481 consecutive coverage snaps.

Patrick Surtain II has not allowed a TD in 481 consecutive coverage snaps 👏 pic.twitter.com/fWKANPdIEM

He was a star at the University of Alabama, and Surtain has carried the mindset to the pros.