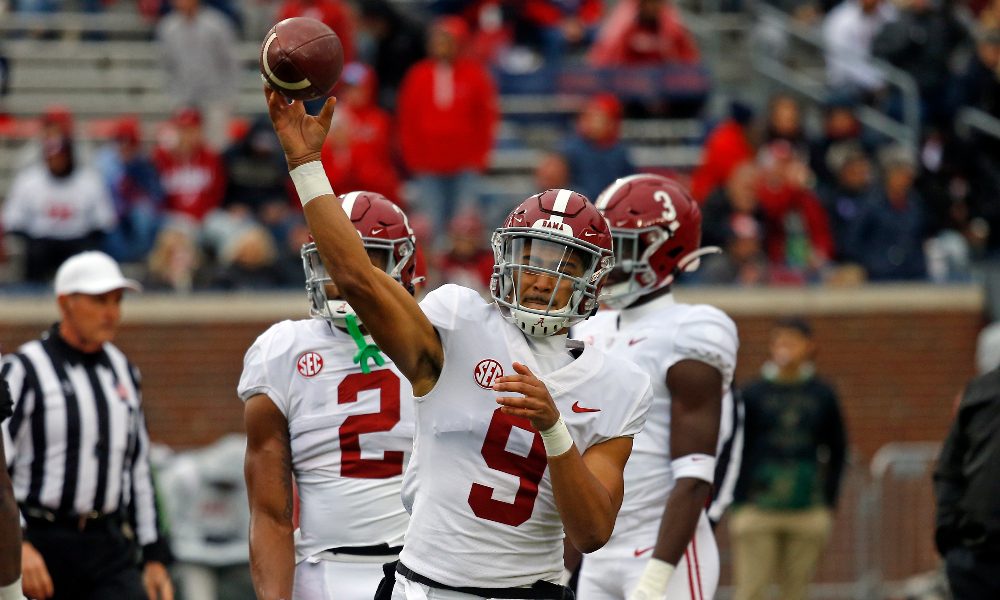 Alabama was in an offensive funk during its loss to LSU a week ago, and much of the same carried over into Saturday’s game against Ole Miss.

Through the opening two-quarters of the game, the Crimson Tide’s offensive was lackluster at best with struggles to keep drives alive along with a lack of run game. Its first three drives of the game were as bad as one could have drawn it up. Alabama was forced to punt twice along with a costly mental mistake by center Seth McLaughlin on a fourth down play where Bryce Young wasn’t intending to snap the ball.

These droughts allowed the Rebels to get things going offensively as it leaned into the Crimson Tide’s defense with the run game. Lane Kiffin’s group has already amassed over 100 yards on the ground in the first half with the help of running back Quinshon Judkins leading the way.

After a few inspired discussions on offense from Young and Nick Saban, the unit was able to drive down 70 yards for a score going to wide receiver Jermaine Burton.

But the team wasn’t able to maintain that momentum as JoJo Earle fumbled on the team’s next offensive possession leading to another Ole Miss touchdown.

But at the end of the first half, the Alabama defense was able to come up big with a forced fumble of its own deep in Rebels territory.

It wasn’t a pretty drive but Young eventually found tight end Cameron Latu in the endzone for the touchdown with seconds remaining.

Despite the struggles, Alabama feels fortunate to only trail Ole Miss by three at the half.