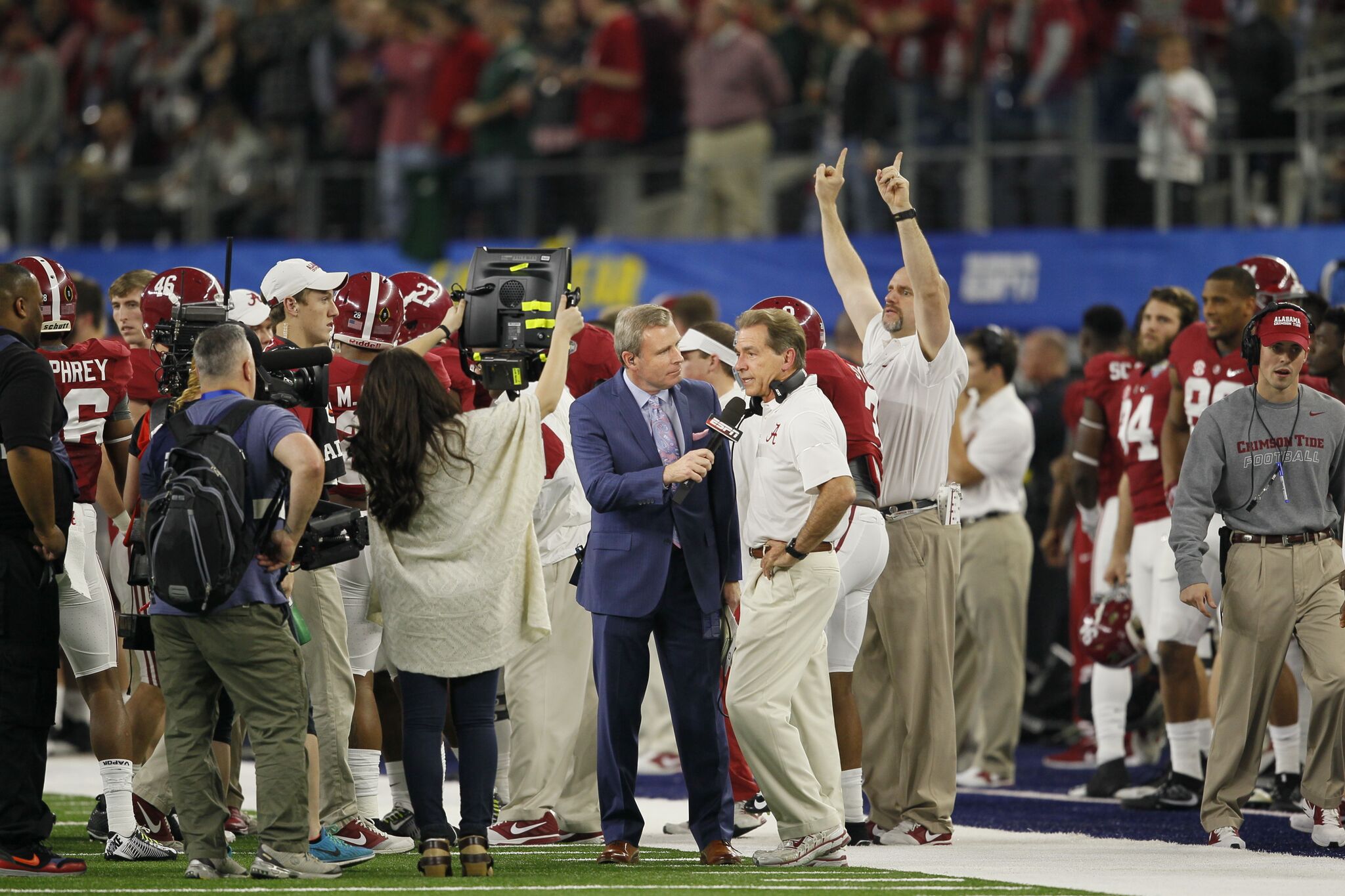 Age is just a number right? Not according to 64-year-old Alabama head coach Nick Saban.

The Crimson Tide coach says that rival teams are using his age against him in recruiting battles. Despite his age, Saban has no plans of leaving the coaching  world any time soon.

“I’m not looking to get out. I’m really not, even though I know that’s going to start being talked about more now.” Saban told ESPN’s Chris Low. “What I have noticed is that it’s the first time people are starting to say to recruits, “He won’t be there the whole time you’re there,” because of my age. Does that really impact your ability to stay good? I don’t know. But if it did, it would make you say, “Well, what’s up with this?” My philosophy is that I’m going to be here for as long as I feel like I can be effective, impact the players, help them be more successful in life and continue to have a successful program.”

Saban has said that at this stage in his life, he is more focused on family and stability. Rumors have circulated that Saban was eyeing a second chance in the NFL, but he has turned down those rumors.

Perhaps Saban should be viewed like a fine wine, getting better with age. He’s not focused on retiring any time soon, and the only number that matters to him currently is his winning percentage. He is focused on bringing a 17th national title to Tuscaloosa, and he knows that winning, not a coach’s age, will draw in top recruits.