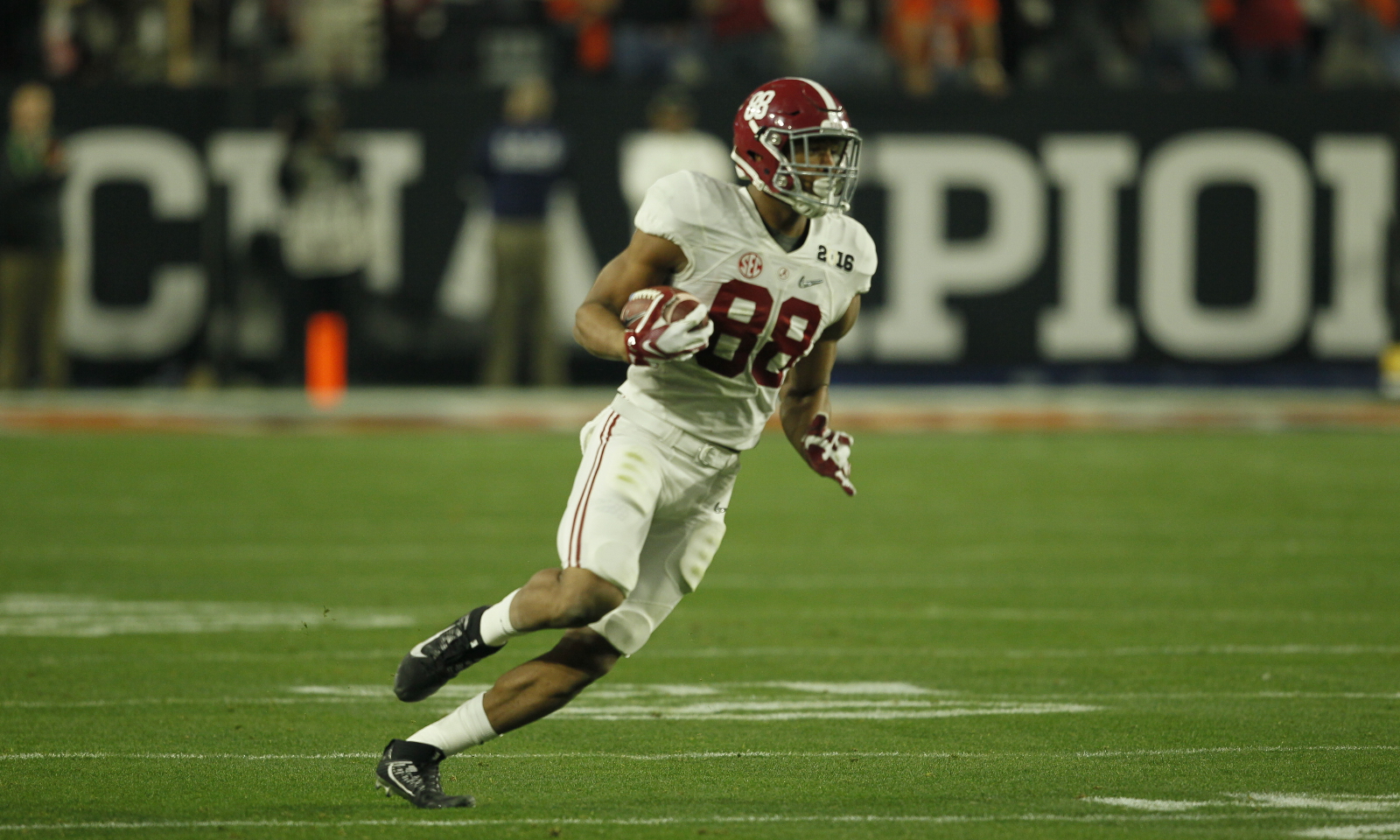 On Wednesday, the John Mackey Award committee and Remington Trophy committee both announced its preseason candidates that are on watch heading into the 2016 football season.

Alabama tight end O.J. Howard was one of 45 players named to the Mackey award watch list—honor presented annually to the nation’s top tight end. Howard, a native of Prattville, Ala., finished with 38 receptions (T-3rd) for 602 yards (third on team) and two touchdowns last season.

He posted 33 catches for 335 yards in 12 regular-season games, prior to coming full circle as a huge target in the College Football Playoff. The 6-foot-6, 242-pound senior brought in eight passes for 267 yards and two touchdowns combined against Michigan State (Cotton Bowl) and Clemson.

His 208 receiving yards in the CFP national title game was a bowl-game record, while both of his scores came on receptions in excess of 50 yards. Howard, who is also on the Maxwell Award preseason watch list, decided to return to Alabama instead of declaring for the 2016 NFL Draft.