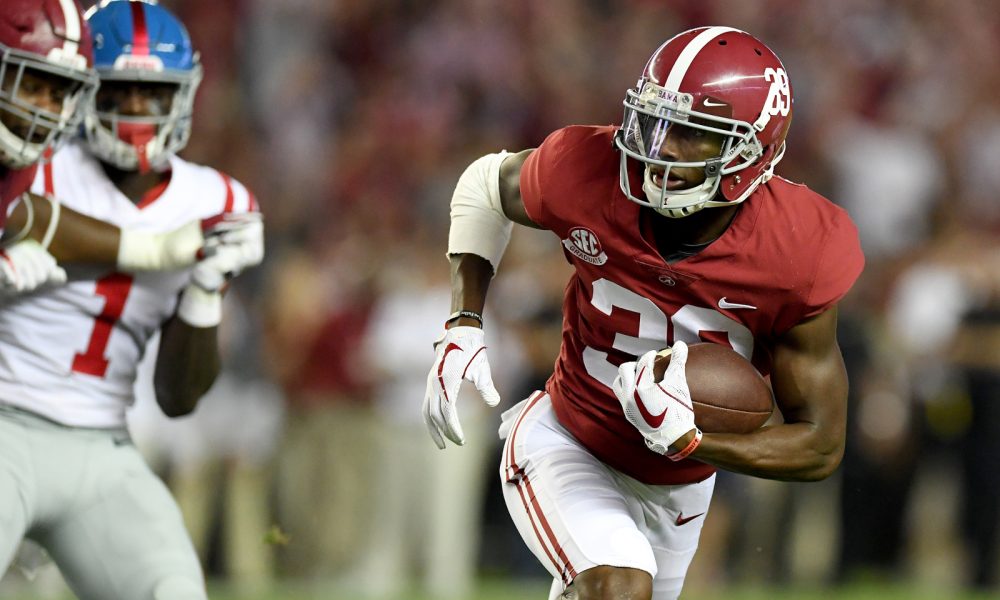 Nothing prepares one for greatness like learning from quality people.

A preferred walk-on in 2014, Levi Wallace took pride in guarding Amari Cooper, Christion Jones, DeAndrew White and Calvin Ridley among others. After providing each receiver with focus for competition on Saturdays in the fall, and for Cooper, a lot of prime-time moments on Sundays – Wallace in return saw them assist him for an opportunity he has started to relish.

Both Anthony Averett and Trevon Diggs were the objects of conversion during the summer for Alabama’s defensive backfield; however, it has been Wallace handling much of the production.

The senior from Tuscon, Ariz., turned in his first career multi-interception game last week at Bryant-Denny Stadium in the Tide’s 66-3 win over Ole Miss. His first takeaway was a staple of Alabama’s defense throughout 2016, as he returned it for a 35-yard score in the first quarter.

While DeMarkus Lodge gave up on the play, Wallace snatched the ball away from him and flew down the field for a touchdown. It was the Crimson Tide’s first non-offensive score since Ryan Anderson’s interception off Washington’s Jake Browning in the 2016 Chick-fil-A Peach Bowl.

Mississippi’s quarterback Shea Patterson, who was pressured for much of the game, would be victimized again by the former walk-on in the third quarter. On a pass thrown between Lodge and senior wide out Markell Pack, Wallace broke in front for his second pick of the contest.

Upon the end of the game, he told yours truly of Touchdown Alabama Magazine that he prided himself on learning from Alabama’s receiving corps going into last week’s matchup.

“I told them when I got to the sidelines that it was covering them that got me to this point,” Wallace said on Tide’s receivers. “Ole Miss has great weapons, so it’s like covering our guys.”

Studying the craft of others is one thing, but watching game film for yourself makes you a completely different monster. Wallace said it’s the technique he has learned over the years that has equipped him to be a consistent playmaker.

“When you have great playmakers here like Minkah, Hootie and Ronnie who are always ball hawks, it definitely helps you a lot,” he said.

With multiple NFL scouts probably watching Minkah Fitzpatrick and Ronnie Harrison, they had to have loved what they saw from Wallace. He currently leads the team in interceptions (three) and pass breakups (six) as the Tide will travel to Kyle Field this week to face Texas A&M.