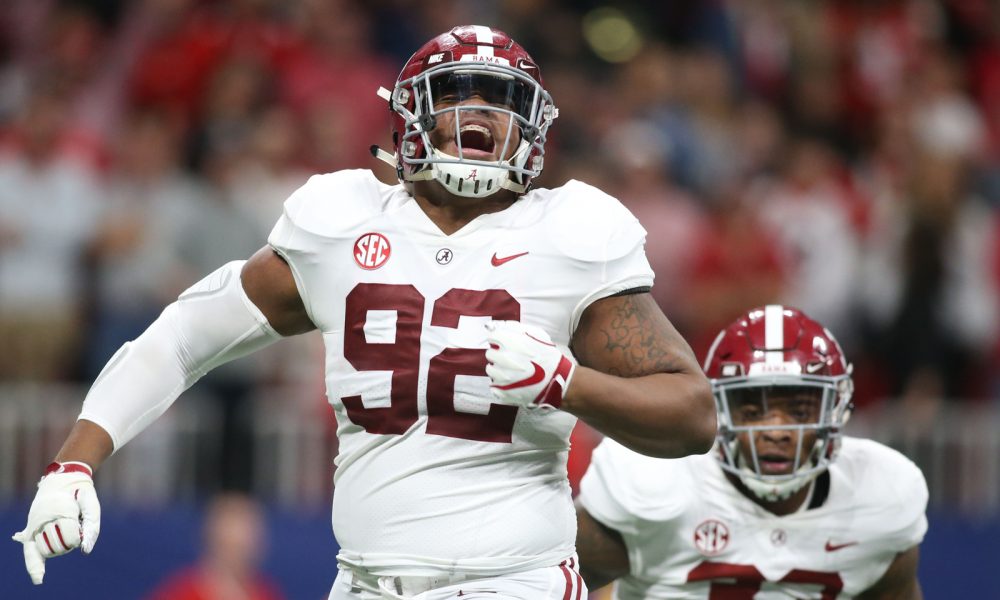 He talked so much about having players such as Le’Veon Bell and C.J. Mosley on his ultimate team for Madden via Electronic Arts, so the developers of the popular video game decided to show him some love.

Quinnen Williams, former defensive lineman at Alabama, was given the highest rating on the game among rookies in the 2019 NFL Draft class.

The native of Birmingham, Ala., scored an overall rating of 80 with his impact blocking rating at 88 and his strength at 89.

Williams was taken third overall in the first round of the venue to the New York Jets.

RELATED: Four Former Alabama Players Poised to have Breakout Years in the NFL

Head coach Adam Gase was impressed with the former four-star throughout the process and is very happy to have him on the roster.

He came in a lineage of talented defensive linemen; however, Williams outperformed everyone with his showing as a redshirt sophomore in 2018. He had 71 tackles, a team-high 19.5 tackles for loss, eight sacks, and shared a team-high 12 quarterback pressures (Christian Miller).

Williams was one of two unanimous All-Americans last season and was the recipient of the Outland Trophy, which goes to college football’s most outstanding interior lineman for either offense or defense.

The Jets and its fan base are on edge to see what he can do this season.

Along with Williams, Josh Jacobs was an alumnus of the Crimson Tide with a high Madden rating. The former running back led all rookies at his position with an overall rating of 74.

He is coming off a season where he turned in 1,315 all-purpose yards with 15 touchdowns.

Jacobs is expected to start for the Oakland Raiders in the coming fall and supporters of the franchise are excited to see him.