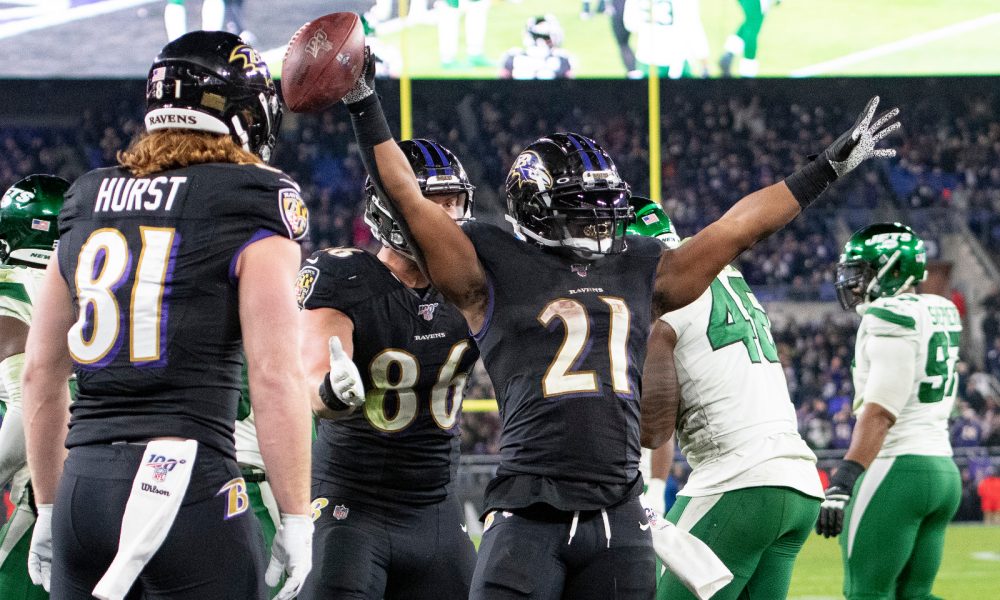 He could not have scripted a better first year with the Baltimore Ravens.

After toiling eight years in New Orleans, Mark Ingram saw what was being developed in Baltimore and wanted to be part of it. Despite the appreciation he has for Sean Payton, Drew Brees, Alvin Kamara and the Saints, Ingram chose to come to the AFC and it has paid off.

He is the ringleader of the Ravens’ latest slogan “Big Truss” and while Lamar Jackson is dominating the race for most valuable player of the National Football League, the former Alabama running back has made him feel comfortable. Ingram lifted the Ravens to its second consecutive AFC North Divisional crown on Thursday Night Football, as it earned a 42-21 victory over the New York Jets.

As he’s done all season, Ingram ran with force, caught touchdown passes out the backfield and shared fun moments on the sideline with his team.

Hat ✔
T-shirt ✔
not done yet ❌ pic.twitter.com/8QjQxmYlXf

He recorded 76 yards rushing on 13 carries with a touchdown, and brought in a 10-yard reception from Jackson for a score. Ingram’s running style allowed for Jackson to account for five scoring tosses on completing 15 of 23 passes. While his energy and love for the game is contagious, Ingram’s production has been stellar too.

This is his fourth season of totaling 1,000-plus yards from scrimmage – 963 rushing, 211 receiving – and he stands fifth in the league for rushing scores (10).

Ingram is 37 yards shy from his third 1,000-yard rushing campaign.

Should it win-out, Ingram and the Ravens will have home-field advantage throughout the playoffs with a serious opportunity to get to the Super Bowl. This has been the most exciting year for John Harbaugh at head coach and Ingram has been one of the primary reasons.