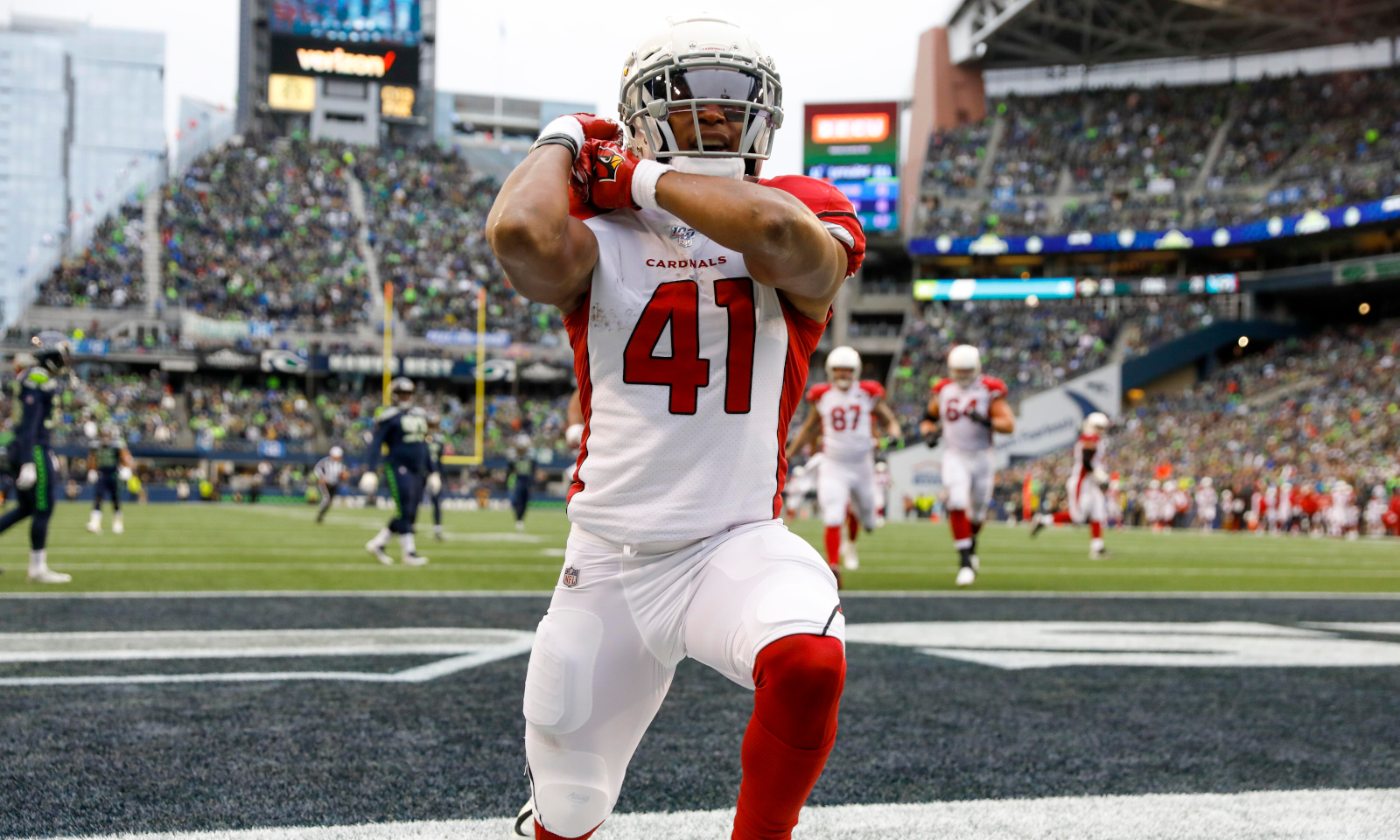 It needs a franchise quarterback, but fans of the Miami Dolphins are sick to their stomachs with how the front office let Kenyan Drake go. Since joining the Arizona Cardinals, he has brought lightning to the NFC West and gives head coach Kliff Kingsbury another dimension on offense.

After not recording a 100-yard outing with the Dolphins, Drake has turned in three 100-yard performances with the Cardinals – including one on Sunday versus the Seattle Seahawks.

Russell Wilson and company were challenging San Francisco for home-field throughout the NFC playoffs, but Drake put a stop to the dream quickly.

The former Alabama running back had a game-high 166 yards rushing (career high) on 24 carries with two touchdowns – including an 80-yard burst to the end zone. He averaged 6.9 yards per catch and caught three passes for 18 yards, which brought his total output to 184 yards in the Cardinals’ 27-13 victory over Seattle.

Drake has 583 rushing yards and six touchdowns with Arizona.

He averaged over six yards per carry in each of his three 100-yard games and recorded at least one rushing score.

Drake was a two-time national champion (2012, 2015) at Alabama and soon, he will have the Cardinals in a situation where it can get back to competing for a playoff berth.

Pair of former Tide players with milestone moments for Washington Redskins
2019 is the year of the Alabama running back as three former players surpass 1,000 rushing yards
To Top
%d bloggers like this: