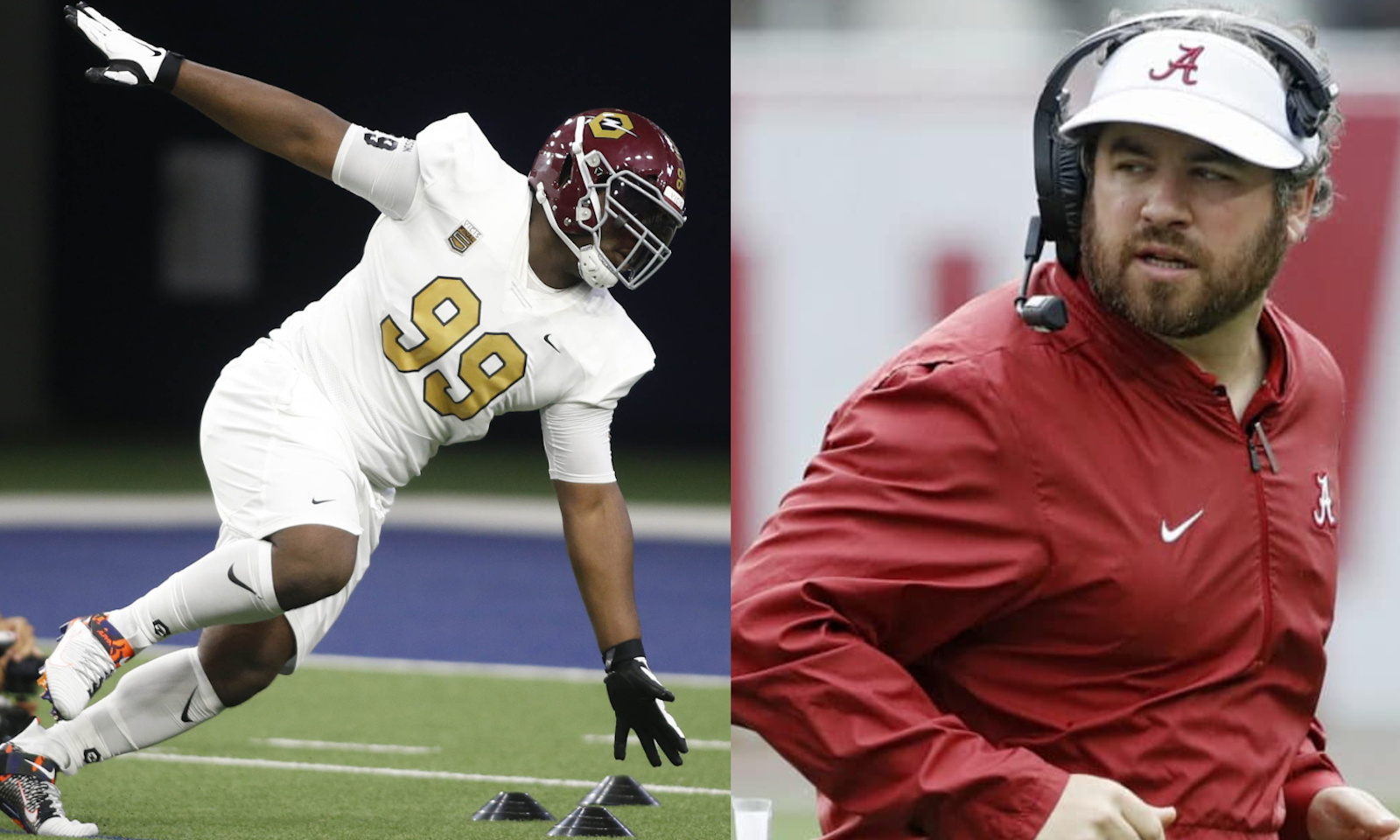 It signed a five-star quarterback and addressed all its needs on defense, yet there remained some Alabama fans disappointed at the conclusion of Wednesday. The Crimson Tide signed 22 of its 25 student-athletes at the first signing period in December, so it only had room for three more players on National Signing Day.

Nine of its 25 commits hail from the state of Alabama and six were five-star prospects; however, there was one name the Tide missed on and fans were upset.

After securing a trio of defensive linemen – Jamil Burroughs, Timothy Smith and Jah-Marien Latham – in the first signing period, Nick Saban and Alabama’s coaching staff made a late push for McKinnley Jackson out of Mississippi.

The four-star defensive tackle was committed to Texas A&M for over a year and though the Tide pushed hard, he chose to go to the Aggies.

RELATED: Nick Saban feels sorry for people who walk into a wall while texting on their phone

While adding Jackson would have been a nice touch, the Tide is stacked on its defensive front and not having him does not count as a detriment. On Wednesday, yours truly of Touchdown Alabama Magazine recapped NSD and dove into why fans don’t need to press the panic button in not landing Jackson.