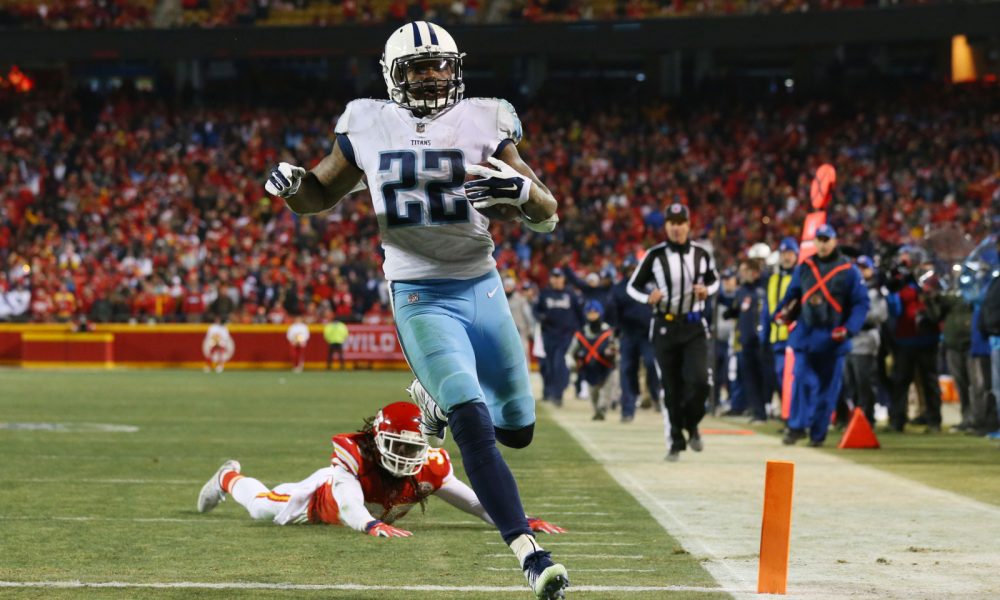 Derrick Henry has a new deal.

It took some patience from the Tennessee Titans, but Henry and the organization agreed to a four-year extension on Wednesday. News first came from Jay Glazer of Fox NFL Sunday, as the franchise will do right by its most impactful player from the 2019 season.

Hearing Derrick Henry has in fact agreed to terms on a new deal. Hearing 4 years

Behind Glazer, Adam Schefter of ESPN provided details on the deal. Henry gets a $50 million contract that includes $25.5 million guaranteed.

The Titans found a way this offseason to keep both Henry and Ryan Tannehill.

In one off-season, the Titans keep both Henry and Ryan Tannehill on long-term deals.

Prior to the news, the former University of Alabama star and 2015 Heisman winner was set to pocket a little over $10.2 million on a franchise tag. The Titans offered Henry the tag on March 16 and he signed it on April 2. Tennessee had until 4 p.m. ET on Wednesday to develop a multi-year contract for Henry and the deal got done.

Since being selected in the second round of the 2016 NFL Draft, the native Floridian has seen his numbers improve each season. He rushed for 1,059 yards with 12 touchdowns on 215 carries in 2018, but those stats pale in comparison to last year.

The 6-foot-3, 247-pounder showed everyone his dominance.

He destroyed every defense in his path in 2019, bullying his way to a league-best 1,540 rushing yards with 16 scores on 303 attempts. Henry led the NFL in carries and was its co-leader for touchdowns, while posting eight 100-yard games. He collected at least 180 yards in four matchups – including two in the playoffs versus the New England Patriots and Baltimore Ravens.

Henry propelled the Titans to the AFC Championship Game and despite it falling to the Kansas City Chiefs, all who doubted him now look foolish. His efforts earned him an invitation to the Pro Bowl and honors as second-team NFL All-Pro.

He has been conditioning his body all summer to be even better this year, as he enters his fifth season.

Derrick Henry and the Titans have agreed to a 4 year extension ? (per @JayGlazer, via @KingHenry_2) pic.twitter.com/HjhZYMmFZT

It feels good to see the Titans get Henry’s deal done.