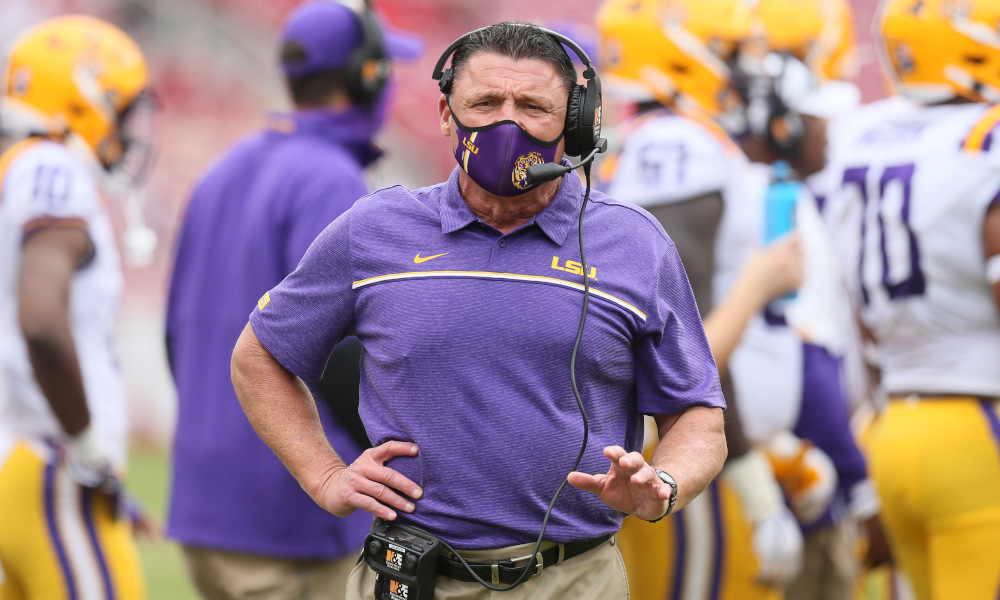 Fans on both ends of the spectrum were ready for this showdown on Nov. 14, but they are still fine with seeing Alabama and LSU battle things out on Saturday at Tiger Stadium in Baton Rouge, La.

Last season, college football was treated to a fun contest at Bryant-Denny Stadium.

Despite playing on one ankle, Tua Tagovailoa recorded 418 passing yards with four touchdowns and gave the Crimson Tide all opportunities to win the game. Joe Burrow of the Tigers had a dominant showing as well and with the Tide not generating a stop on defense when it needed it, the Tigers went on to grab a 46-41 victory. While the contest was entertaining, LSU’s extracurricular activities were not.

After the game, student-athletes for the Tigers taunted Alabama fans in the stands and tried to persuade recruits for the 2020 class to flip away from the Crimson Tide. In the locker room, Ed Orgeron gave a profanity-laced statement about how LSU would defeat Alabama in recruiting and on the field. He ended his speech with “Roll Tide … F*** You!” and his players cheered in approval.

Within all the commotion, one of the players recorded Orgeron on video and put it on Instagram.

Throughout the week, Tide fans have been playing the video. 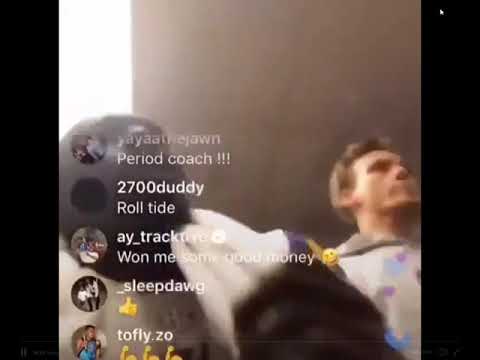 Alabama is out for revenge. The athletes are downplaying the talk, but one can see it in their eyes. Nick Saban spoke on the players feeling disrespected and how he sees revenge as a ‘motivating factor’ for them. It is not the same team from last year, nevertheless, Orgeron stated in Wednesday’s SEC Coaches Teleconference that LSU is ‘excited’ to host its SEC West foe.

On the heels of a national championship season, LSU is 3-4 through seven games.

It lost a lot of pieces to the National Football League and two superstar assistant coaches to other jobs. Offensively, the Tigers have no identity. Ja’Marr Chase, a talented wide receiver, won the Fred Biletnikoff Award for the program in 2019. He could have chosen to play this season; however, he decided to opt out for the 2021 NFL Draft. Terrace Marshall, who played in seven games, announced his decision earlier in the week to leave school. With its top two receivers gone and the lack of a rushing attack, LSU does not possess any balance to offset the Crimson Tide. On top of this, Myles Brennan is out for the season at quarterback.

Brennan, a junior, has been dealing with abdomen issues. LSU played both T.J. Finley and Max Johnson in its 7-20 loss to Texas A&M.

Finely tossed a pair of interceptions and though Johnson took better care of the ball, he was not able to stretch the field.

It has four receivers — including two that are 6-foot-3 or taller — but none are No. 1 options at the position.

Before he left, Marshall led the Tigers in receptions (48), receiving yards (731) and touchdowns (10). He was averaging 15.2 yards per catch and 104.4 yards per game. As a freshman, Arik Gilbert is an  athletic tight end.

He has posted 339 yards receiving with two scores on 30 catches, but can he be the primary target versus Alabama? It will be difficult to bear the load against a defense that is peaking at the right time. Regardless of its offensive problems, LSU’s defense has allowed 30.3 points a game.

RELATED: After getting his first sack, William Anderson is now set to put college football on notice

During its matchup with Arkansas, the Tigers hung on for a 27-24 win. Although it has talented players, the coaching of Bo Pelini at defensive coordinator has not been good. Since 2008, Coach Saban is 5-1 all-time at Alabama in facing LSU at Tiger Stadium.

The Crimson Tide is No. 1 in the College Football Playoff rankings and it’s going after its ninth win.