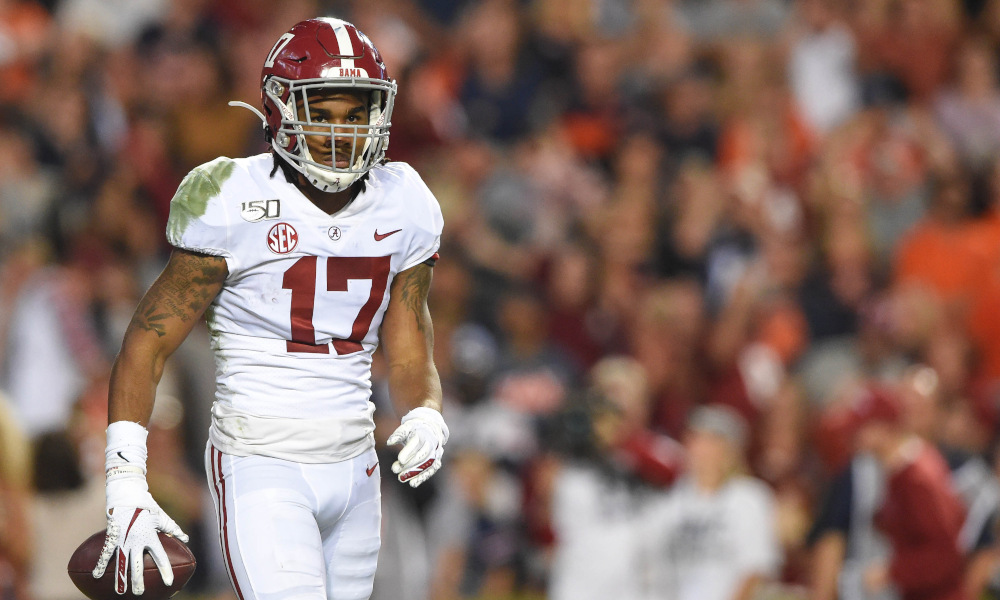 This week is getting very interesting for Alabama football.

After sources confirmed with yours truly of Touchdown Alabama Magazine — story broken by Patrick Dowd of TDA — that Jaylen Waddle had been cleared to practice, Chris Low of ESPN reports on the junior at wide receiver having a chance to play for the Crimson Tide versus Ohio State next week in the College Football Playoff National Championship Game.

RELATED: BREAKING: Jaylen Waddle back at practice for Alabama, may play vs. Ohio State

“He’s been running, but we need to see him in practice,” Saban said to ESPN. “Our medical people will evaluate him as the week goes on and make a decision from there. He wants to play and has been working hard to get back.”

This was the matchup versus Tennessee, where he suffered an unfortunate right ankle injury on the opening kickoff.

He would miss the remainder of the regular season, SEC Championship and Rose Bowl Game.

Prior to the mishap, the former four-star was having an explosive campaign. He totaled 25 receptions for 557 yards with four touchdowns.

Waddle averaged 23 yards per reception, 111.4 yards per game and turned in four 100-yard performances. While he still projects as a first-rounder, according to Mel Kiper Jr. and Todd McShay for the NFL Draft, it would be awesome to see Waddle suit up and play next week.

It will come down to how comfortable he feels, but Waddle has an opportunity to play against the Buckeyes.