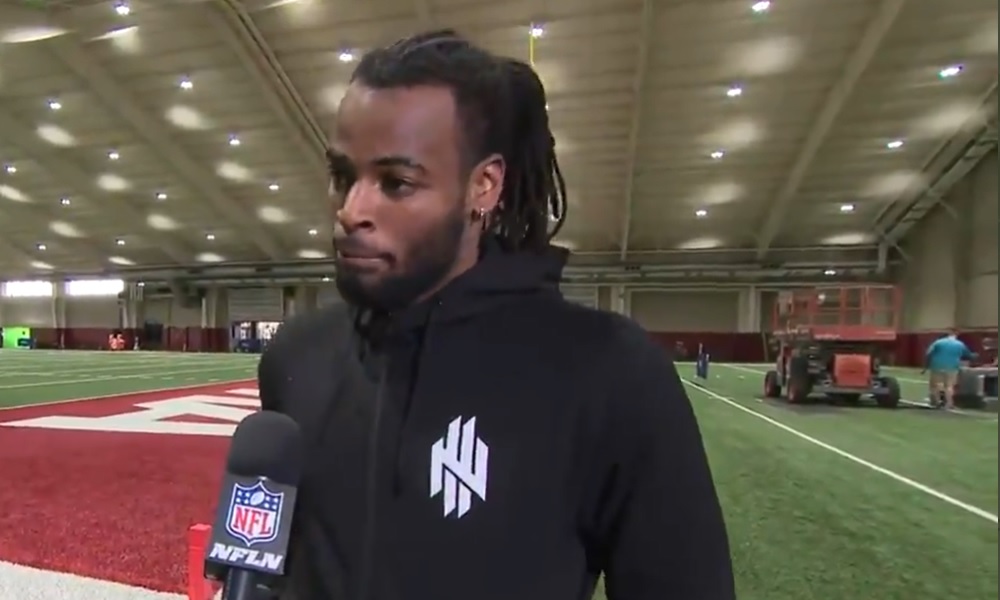 Former Alabama running back, Najee Harris is preparing for the biggest day of his young adult life as the 2021 NFL Draft approaches later this month. While participating in Alabama’s second pro day earlier this week, Harris was sporting what appeared to be a clothing brand using his initials.

Harris is projected to go no later than the second round, but clearly has visions on showcasing his value off the field as much as he does on it. This is a very similar ploy many athletes are venturing towards in using their name to build a brand.

After noticing the jacket during an NFL Network interview, Touchdown Alabama confirmed through sources that Harris is indeed working on “slowly building up” a potential clothing brand.

Najee Harris has made a name for himself as a versatile running back capable of jumping over defenders. He’s now showcasing his versatility off the field as well. Photo by Gary Cosby-USA TODAY Sports

Harris has showcased a big personality during interviews and his penchant for hurdling defenders has endeared him not only to Alabama fans, but football fans who marvel at this feat from a 6-foot-2, 230 pound athlete.

As Harris hears his name called by an NFL team later this month, expect to see more business deals and brand building for the former Alabama star.