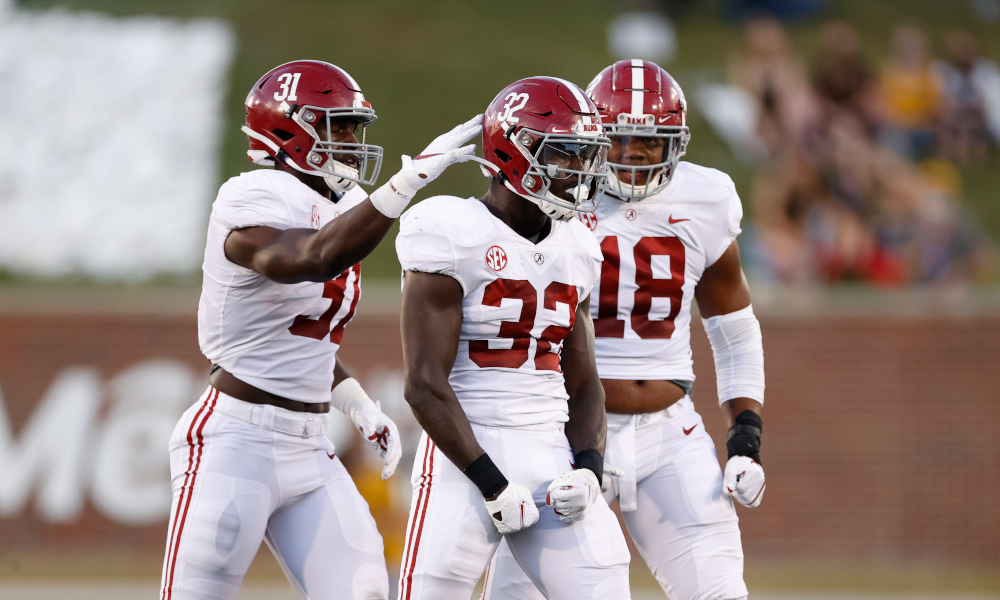 During a charity event on Thursday at Team Focus, Nick Saban was addressed by reporters on Dylan Moses.

The former Alabama linebacker was not taken through seven rounds of the NFL Draft.

Moses played all of the 2020 season and totaled 80 tackles (6.5 for loss), 1.5 sacks, three pass breakups, one forced fumble, and one interception. He played through two injuries and helped the Crimson Tide secure a national championship, but Moses signed an undrafted free agent contract for the Jacksonville Jaguars.

Coach Saban was surprised to hear Moses was not drafted; however, he knows it was medical related.

“It had nothing to do with what kind of football player he is,” Saban said. “It was all based on medical grades by the teams, which was a little surprising to me. In my time in the league, when guys were injured and they came back and played … that usually got out of that 5 medical grade, which is undraftable. It might have been a 4 medical grade, which means a guy does have an injury and it could be a problem in the future. But, he’s come back and played with it so we ought to give him an opportunity.”

Saban believes Moses’ toughness is a ‘great indicator’ of him being able to play in the NFL.

He feels like the league missed on his player in the same way the Dolphins missed on Drew Brees.

“Don’t forget, when I was the coach at the Miami Dolphins, doctors failed Drew Brees on a physical,” Saban said. “And from that time on, he made about 14 Pro Bowls, won a Super Bowl, and passed for thousands of yards. So, I guess they make mistakes too.”

RELATED: Dylan Moses breaks silence, speaks on not getting drafted

Saban knows the type of player Moses is. The Louisiana native is betting on himself to be right.