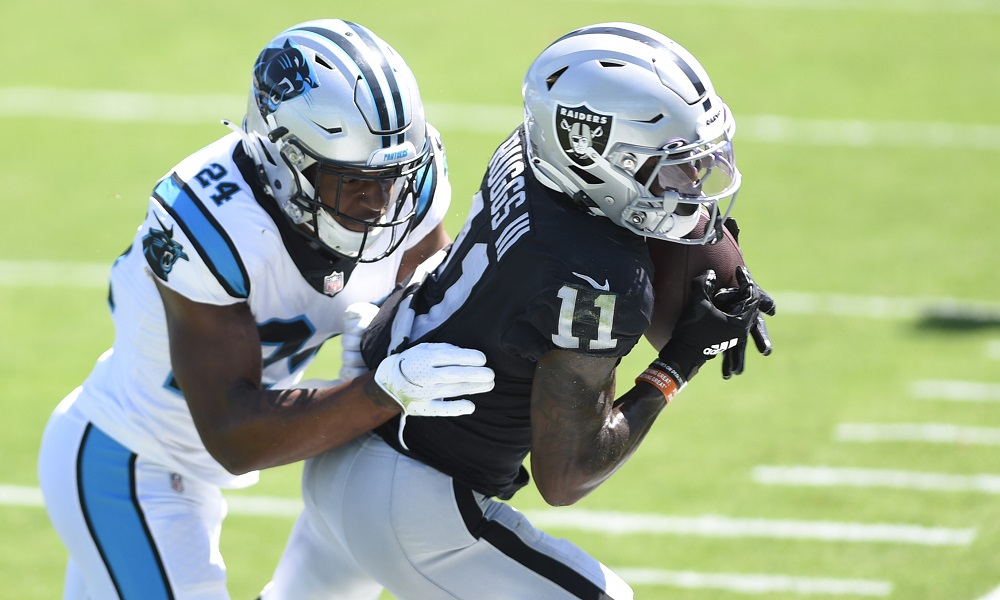 Henry Ruggs is one of the fastest players in the National Football League, and he’s proven it.

The former Alabama wide receiver raced Mecole Hardman, Devin White, and Justin Jefferson in a 40-yard dash. In a compelling challenge, Ruggs finished four-hundredths of a second behind Hardman for second place. He clocked a time of 4.26 seconds, while Hardman was the winner at 4.22 seconds. White ran a time of 4.37 seconds, and Jefferson was last at 4.5 seconds.

It wasn’t exactly a “Race”, but props to Hardman for what he ran. The #Chiefs definitely have a massive speed advantage over the rest of the NFL, makes Mahomes’ life a lot easier

Also props to Devin White for being about 50 pounds heavier and running 4.3pic.twitter.com/4KzTTEP2lH

RELATED: Alabama alum not a fan of Jordan Palmer proclaiming Bo Nix will be top pick in 2022 NFL Draft

He had the fastest 40-time of the receivers in his draft class. Ruggs’ time was also tied for fourth-fastest in the history of the Combine since electronic timing started in 1999.

According to a video from Dov Kleiman, an independent reporter, the participants did not exactly call it a ‘race.’ However, Ruggs was up for the challenge and he almost took down Hardman.

Ruggs has been working hard this offseason, and it should set him up for a successful year two with the Raiders.