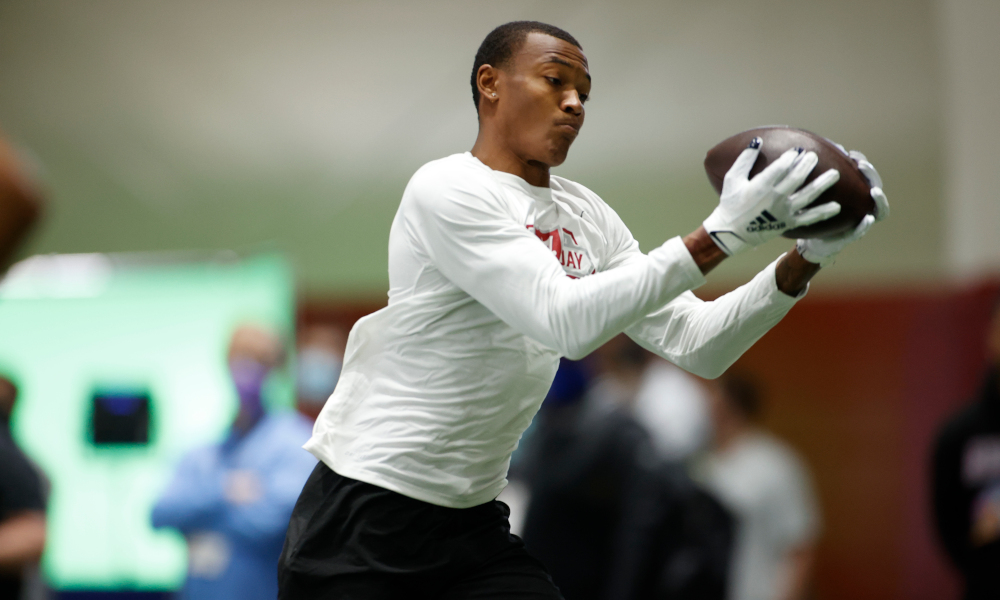 DeVonta Smith is making a profound impact on the Philadelphia Eagles.

He has yet to play in a game, but his coaches and teammates already see a superstar.

Nick Sirianni, Eagles’ head coach, spoke on Smith’s route-running, competitiveness, and leadership during rookie minicamp. Darius Slay, an All-Pro cornerback, continued singing Smith’s praises this week. Slay, a native Georgian, is in his second season with the Eagles. An alumnus of Mississippi State, he was selected in the second round of the 2013 NFL Draft by the Detriot Lions. Slay is in his ninth year in the league.

RELATED: Alabama’s Bryce Young is getting ready for the season by working with elite QB training group

Some were overly concerned about his size in the draft process, but Slay sees Smith’s dominant skill set. During a Twitch stream of Warzone on Wednesday, he answered a question on Smith and gave Eagle fans something to cheer about.

If Big play Slay is not worried about smitty size then neither should any eagles fan!

Already speaking an working with him 🙌🏾 Vet getting the rookie right pic.twitter.com/xUZ6zrqOZU

“What’s my take on Smith’s size? I ain’t worried,” Slay said. “Worked with him the other day a little bit, talking to him about a little ball. He’s heading in the right direction. He knows what he’s talking about, he knows how to win 1-on-1 matchups, and that’s what we need from our receiving corps right now. I think he’ll win a lot of 1-on-1 matchups. I’m not going to be shocked about it.”

Slay will not be shocked by Smith’s craftiness as a player; however, he said fans ‘might be shocked.’

Despite his lack of size, the Louisiana native dominated college football in 2020. He led all wide receivers in catches (117), receiving yards (1,856), and touchdowns (23). Smith won a host of individual awards, including the Heisman Trophy.

He ended his career as Alabama’s all-time leading receiver and a two-time national champion.

RELATED: Henry Ruggs raced Mecole Hardman, Devin White and Justin Jefferson in a 40-yard dash and it was compelling

In a trade with the Dallas Cowboys, Philadelphia grabbed the No. 10 overall pick and took Smith.

It is happy with the decision and looks forward to seeing him own defensive secondaries with double moves for touchdowns in the fall.