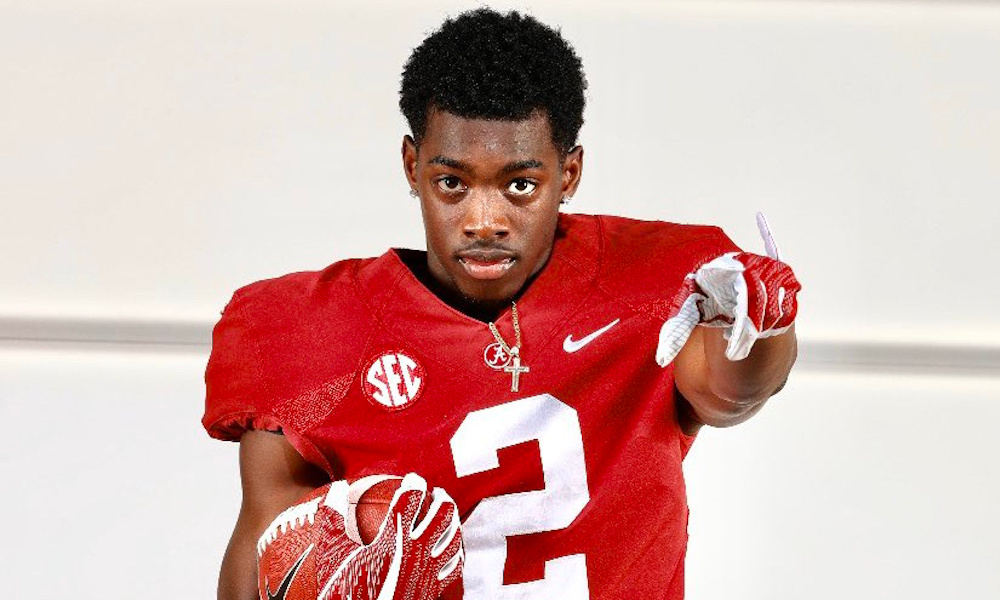 Alabama football signed its best recruiting class on paper in February, and Terrion Arnold may be the most intriguing name.

As a four-star defensive back from Tallahassee, Fla., he is a natural ball-hawking safety.

The 6-foot, 180-pounder will juggle football and basketball for the Crimson Tide. He was successful at St. John Paul II Catholic High School, and he might be on the same level as Kool-Aid McKinstry. Alabama’s coaching staff and his teammates have fallen in love with Arnold’s attitude.

RELATED: Texas, Oklahoma in position to join the SEC: What does this mean for Alabama football?

He’s been about positivity in the summer program and enjoys training with Dr. Matt Rhea.

Rhea said Arnold keeps a smile on his face and loves to work. He is becoming faster and stronger in the process while giving himself a chance to compete for an opportunity in preseason camp. Arnold said via Twitter that “Alabama is the best decision he could have ever made.” Nick Saban recruits the players that want to be in the program, and Arnold appears to be locked in.

@MattRheaPhD got me running into fall camp with a smile on my face😅 #rtr is the best decision I could’ve ever made… pic.twitter.com/dRSDATYhOo

Fall camp begins in two weeks. We will see how much of a push can he generate to get in the rotation at safety.