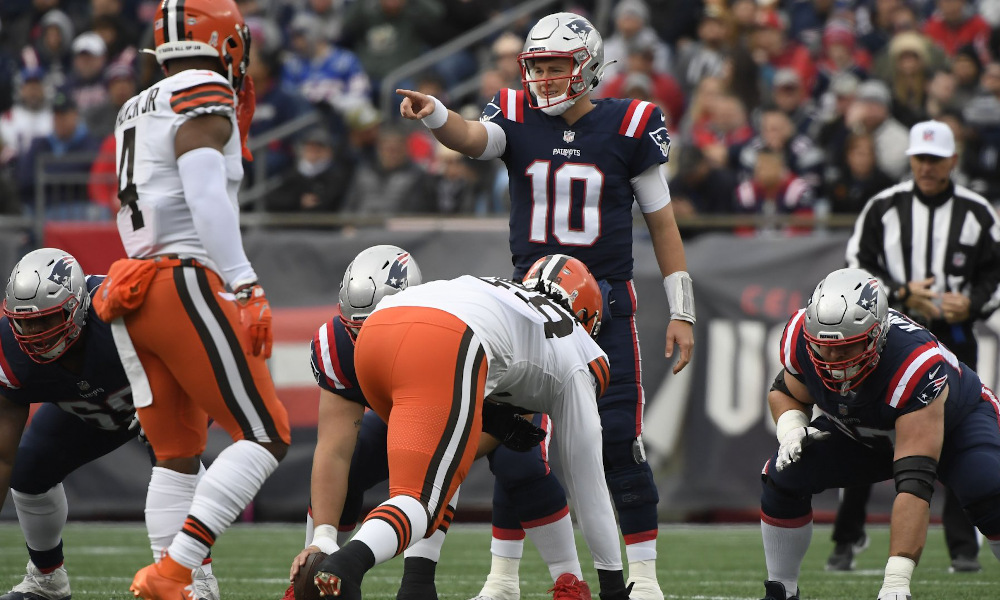 Nick Saban has produced a quarterback who is the talk of the NFL world right now.

Mac Jones is no joke, and eyes have finally opened to it. He was underestimated during the NFL Draft process, and pundits considered his counterparts to be more successful. People who knew Jones could have success were not taken seriously, due to others bringing up the “game manager” tag, and how the wide receivers at Alabama made him look good. He has destroyed every narrative written against him, and Sunday’s performance was Jones at his best. After beating a first-round pick in Justin Herbert, Jones outperformed the No. 1 overall pick from the 2018 draft. He handed Baker Mayfield and the Cleveland Browns a 45-7 loss with deadly accuracy. Jones completed 19 of 23 passes — an 82.6 percent completion rate — for 198 yards with three touchdowns.

He tossed a dime to Kendrick Bourne that dropped jaws across the NFL landscape.

AIR BOURNE. @BournePoly11 went and got it for the TD!

Jones showed his accuracy and arm strength, threading the ball between two defenders to Bourne. He connected with tight end Hunter Henry for two touchdowns and led five of six touchdown drives for the New England Patriots.

Jones pushed the team to its second 40+ point game of the season, matching its outing versus the Jets. He turned in a season-high for passer rating (142.1) and quarterback rating (83.9).

When it lost Tom Brady to the Tampa Bay Buccaneers, many thought the glory was gone in New England. Jones has put new energy inside fans and has the Patriots a half-game (6-4) behind the Bills for first in the AFC East.

An opportunity for the playoffs is alive and well at Gillette Stadium.

Several NFL personalities, draft evaluators, and players are in awe of Jones.

People continuing come up with reasons for Mac Jones’ success other than Mac simply being good are looking more and more foolish every week.

Devin McCourty on Mac Jones: “All he cares about is football. He doesn’t care about any outside noise. They did a nice job over there at ‘Bama. He’s been locked in and it’s been fun to watch.”

The kid is dealing… @MacJones_10

Mac Jones is coming for the rookie of the year 👑 👀 pic.twitter.com/BJnPm7S2mk

Jones has the most games (five) with a 100 passer rating among first-round quarterbacks from the 2021 draft.

Most games with 100+ Passer Rating, among first-round QBs from 2021 Draft:

Jones is the real deal in pro football.