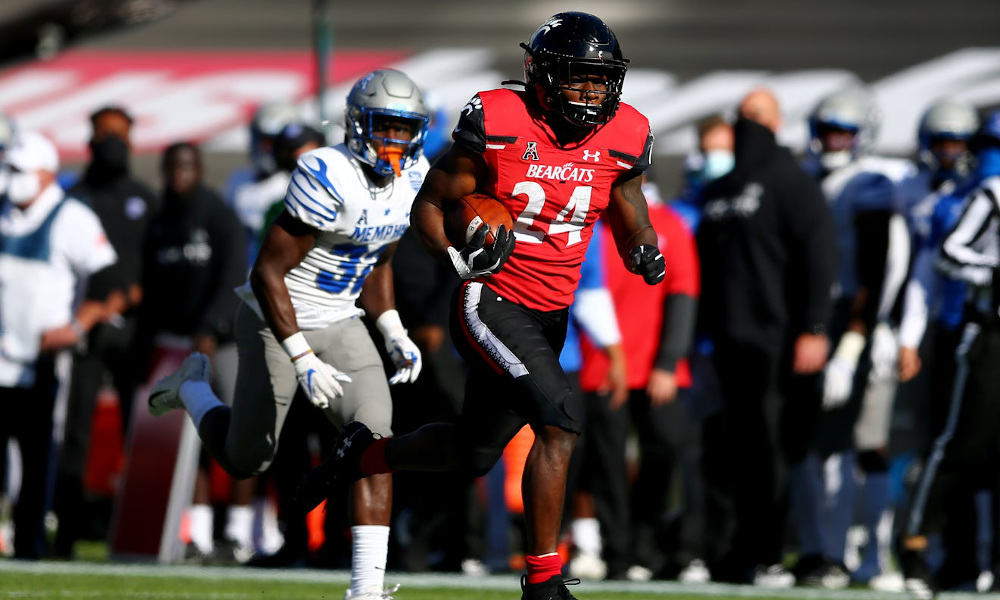 Alabama’s opponent for the College Football Playoff semifinal is the Cincinnati Bearcats.

Both schools will play on New Year’s Eve in the Goodyear Cotton Bowl at AT&T Stadium in Arlington, Texas.

The Crimson Tide is in the CFP for the seventh time since its inauguration in 2014. Alabama has won three national championships in the CFP era and is pursuing a fourth. The Tide wants back-to-back national titles since 2011-12 under Nick Saban. After defeating Georgia in the SEC Championship Game, Alabama battles an intriguing team in the Bearcats.

It is time to look at what we know and do not know about Cincinnati.

Cincinnati is the lone undefeated in the CFP at 13-0.

The Bearcats earned a 35-20 victory over Houston to win the AAC Championship. Cincinnati defeated two teams — Houston and Notre Dame — in the top-25 CFP rankings.

They are a two-time champion of the AAC.

Jerome Ford was recruited by Alabama as a three-star from Florida in the 2018 class.

He totaled 31 carries for 151 yards rushing and three touchdowns during his two seasons in Tuscaloosa.

Ford captured an SEC Championship ring with the Crimson Tide in 2018.

He transferred to Cincinnati in 2020 and has become a star for the program. Ford recorded 483 rushing yards, 51 receiving yards, and eight touchdowns in 2020. He earned his first 1,000-yard season this year, totaling 1,243 yards rushing and 19 touchdowns on 200 carries.

Ford is averaging 6.2 yards per carry and 103.6 yards per game. He also has 18 catches for 209 receiving yards with one touchdown. The 5-foot-11, 220-pounder looks forward to having his best showing against his former team.

Desmond Ridder is a talented quarterback

If Georgia does not look at J.T. Daniels, the best quarterback Alabama’s defense would face in the playoff is Desmond Ridder.

He can extend plays and keep drives alive with his athleticism.

Ridder has 361 rushing yards and six touchdowns in 13 games for the Bearcats.

He is a two-time AAC Offensive Player of the Year winner. Ridder totals 3,190 passing yards and 30 touchdowns to eight interceptions.

His confidence is high against marquee opponents.

WHAT WE DO NOT KNOW

Cincinnati has playmakers on offense and defense

Alabama has never played Cincinnati in the Saban era, so it does not know the extent of playmakers the Bearcats have on offense and defense.

RELATED: Will Anderson snubbed for Heisman and other defensive awards is repulsively egregious

Bryant, a senior, has a team-high 11 pass breakups for the unit.

Luke Fickell was on both as a special teams coach and co-defensive coordinator. He knows what it takes to win big games, and he relishes the underdog mindset. Fickell will have Cincinnati more than ready to face the Tide.

No opponents scored 30+ points on the Bearcats all season. Offensively, Cincinnati has been held under 30 points three times.

A complete game will be on display from this team.

The Crimson Tide fought for victories over Florida, LSU, Arkansas, and Auburn.

Cincinnati brings a battle-tested group too.

Fickell’s team scratched out close wins versus Notre Dame, Navy, and Tulsa to get to the playoff. The Bearcats can win pretty, but it can also grind out wins.