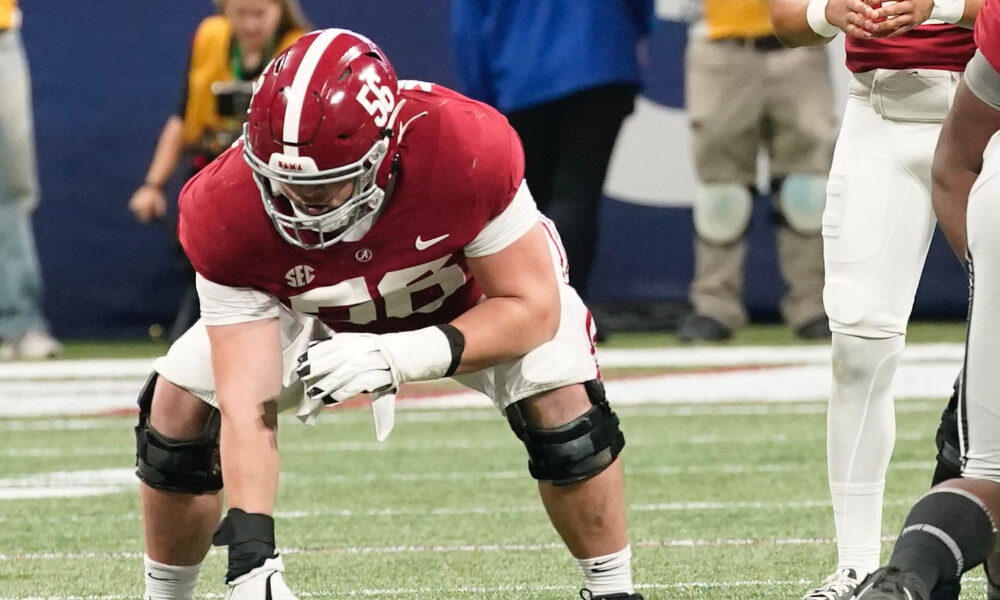 Not much was working for Alabama leading into the SEC Championship last week. After a disappointing performance against Auburn along with a slew of injuries, the Crimson Tide wasn’t a popular pick to take down the undefeated Georgia in Atlanta.

The crux of the argument against Alabama was its inability to block for what seemed like every week leading up to its matchup with the Bulldogs. Georgia’s front seven was amongst the most disruptive in the country, but on Saturday Alabama’s line flipped a switch and weathered the storm as it went on to win 41-24.

Nick Saban made a few adjustments following the Iron Bowl as Chris Owens took back his original position at right tackle. But the main switch was at center with sophomore Seth McLaughlin taking over for the injured Darrian Dalcourt.

It was the first start of McLaughlin’s career in what was the biggest game of the season and Buford, Ga., native took full advantage adding an extra level of physicality to the unit.

Rushing yards were going to be tough to come by during the game, and although the postgame stats won’t be breaking any records it was the timely success that helped the Crimson Tide shave the clock.

McLaughlin in particular helped aid some of the most successful rushes of the day for Alabama. According to Pro Football Focus, the Crimson Tide’s rushers averaged a team-high 6.0 yards per carry when running the ball between the center and the left guard.

Where Alabama has the most success during the game was through the air as quarterback Bryce Young threw for 421 yards and three touchdowns. The offensive line was heralded for its play, allowing Young to sit back and evaluate the defense.

The week before against Auburn, the offensive line allowed a total of four quarterback pressures from the middle alone, but McLaughlin’s integration into the lineup erased such worry against Georgia. McLaughlin didn’t allow any hits, pressures or sacks in his 44 pass drops during the game.

McLaughlin brings an edge to an Alabama offensive line that has lacked such aspect as a whole through the first 12 games of the season. But adding McLaughlin’s physical presence in the middle has earned the respect of many including the Crimson Tide’s top defensive player Will Anderson.

“I remember Seth from high school and me and him always used to talk and see if we were ever gonna go against each other because he was in the same classification I was,” Anderson said on Tuesday. “I always knew Seth had a little scrappiness in him. He wasn’t no pushover he was gonna have a little scrappiness in him and still (does). And he got his opportunity to go show the world what he can do and I’m super proud of him. He’s been doing the same thing since he got here. He’s been scrappy. He fights hard and everything like that.

“Just to see him go out there and be a good dominant center and step in, in a role at a critical time like that I’m very proud of him.”