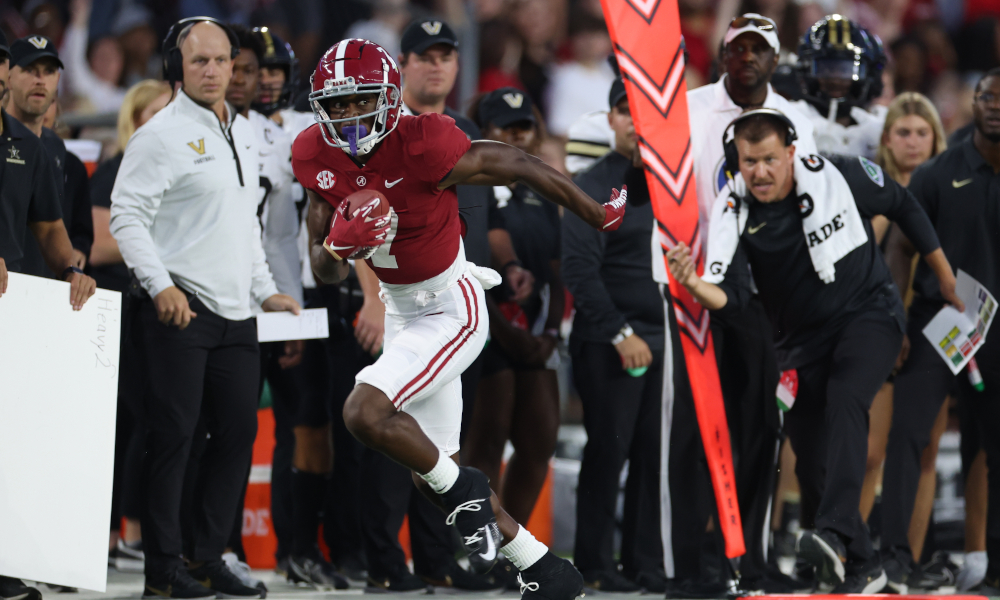 Alabama football will take its 4-0 record to face Arkansas next week.

The Crimson Tide earned a 55-3 victory over Vanderbilt at Bryant-Denny Stadium to open Southeastern Conference action.

Bryce Young and the receivers established a rhythm. Young completed 25 of 36 passes for 385 yards and four scores.

Ja’Corey Brooks, a sophomore, became the first Tide receiver to be responsible for a 100-yard performance. He caught six passes for 117 yards and two touchdowns. Jermaine Burton finished with four receptions for 94 yards, while Traeshon Holden had three catches for 45 yards and a score. Jahmyr Gibbs caught three passes for 43 yards and a touchdown. Kobe Prentice, a freshman, had three receptions for 32 yards. Cameron Latu and Jase McClellan got into the action with a couple of catches as well.

McClellan led Alabama in rushing with 78 yards and a touchdown on 11 carries. Jamarion Miller, a freshman running back, had nine carries for 63 yards and two touchdowns. Alabama’s offense totaled 628 yards on 8.2 yards per play.

Defensively, the Tide suffocated Vanderbilt — limiting it to 128 yards offensively.

We will see if it carries the intensity into Arkansas.