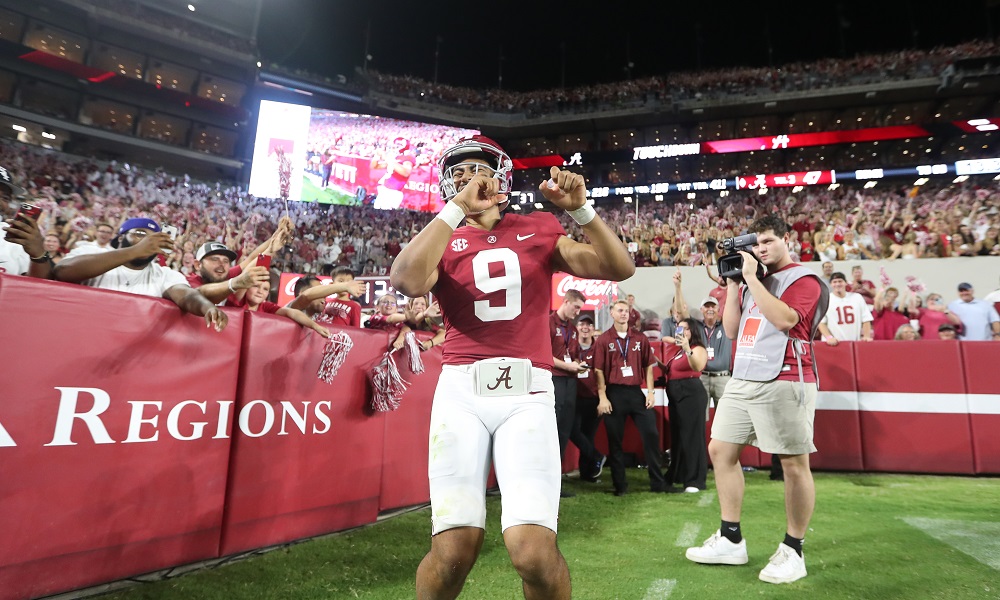 Bryce Young and Alabama’s wide receivers were in sync during the first half against Vanderbilt.

After some issues versus Texas and Louisiana-Monroe, Ja’Corey Brooks, Jermaine Burton, and Traeshon Holden created separation from defenders and made plays. Young completed 20 of 29 passes for 316 yards and four touchdowns.

Ja’Corey Brooks, a sophomore, picked up where he left off during his freshman season. He made a heroic touchdown catch against Auburn in the 2021 Iron Bowl and returned with a 44-yard score versus Cincinnati in the Cotton Bowl. Brooks led the Crimson Tide in receiving with six catches for 117 yards and two scores. He averaged 19.5 yards per catch, including a 34-yard touchdown catch from Young. Brooks has his first career 100-yard performance as an Alabama receiver. Burton has four catches for 94 yards, while Holden has two catches for 32 yards and a score. Jahmyr Gibbs has three catches for 43 yards, including a 7-yard touchdown. The connection between Young and Brooks is heating up, but Burton, Holden, and others got involved.

Alabama has a 31-3 lead at halftime, but Coach Nick Saban wants the intensity to continue.

Young and the passing game has the Tide at 371  yards and 10 yards per play.

Cameron Latu sustained an injury in the first half. The training staff helped the senior tight end off the field. He missed time in preseason camp because of a foot injury. Latu returned after missing one play, so he may have suffered a slight stinger.

Will Anderson led Alabama’s defense with four tackles, including 2.5 for loss. He also has two sacks.

The Crimson Tide allowed 64 total yards to Vanderbilt in the first half.