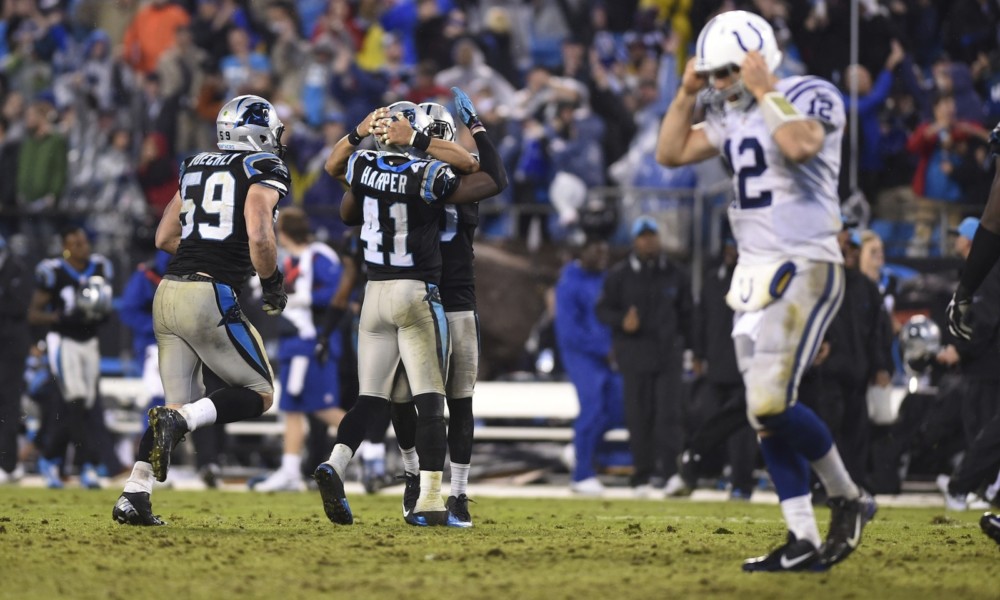 Former Alabama safety Roman Harper had a big game in primetime on Monday night. His Carolina Panthers hosted Andrew Luck and the Indianapolis Colts on a rainy night in Charlotte.

The Panthers defense kept the Colts guessing all night and helped build a 23-6 fourth quarter lead. Harper and the Carolina secondary forced Luck into a 5 for 16 start in the passing game to go along with two interceptions. Harper finished second on the team on Monday night with 12 total tackles. He also had two pass deflections and a fumble recovery.

The biggest play of the game may have come from Harper when the Colts were facing a 2nd down and 8 in the overtime period. The Colts had scored 17 fourth quarter points and then took the lead on an Adam Vinateri field goal with the opening possession of overtime. The Panthers responded with a field goal of their own, giving the ball back to the Colts with just under eight minutes to go in the game.

Luke Kuechly got all the credit for a terrific interception but it was Roman Harper who defended the tight end and deflected the pass up in the air. Three plays later, Graham Gano kicked a 52-yard field goal to keep Carolina undefeated and first in the NFC South.

The Panthers host the Packers next week in a game that could have big implications on home-field advantage in the playoffs.