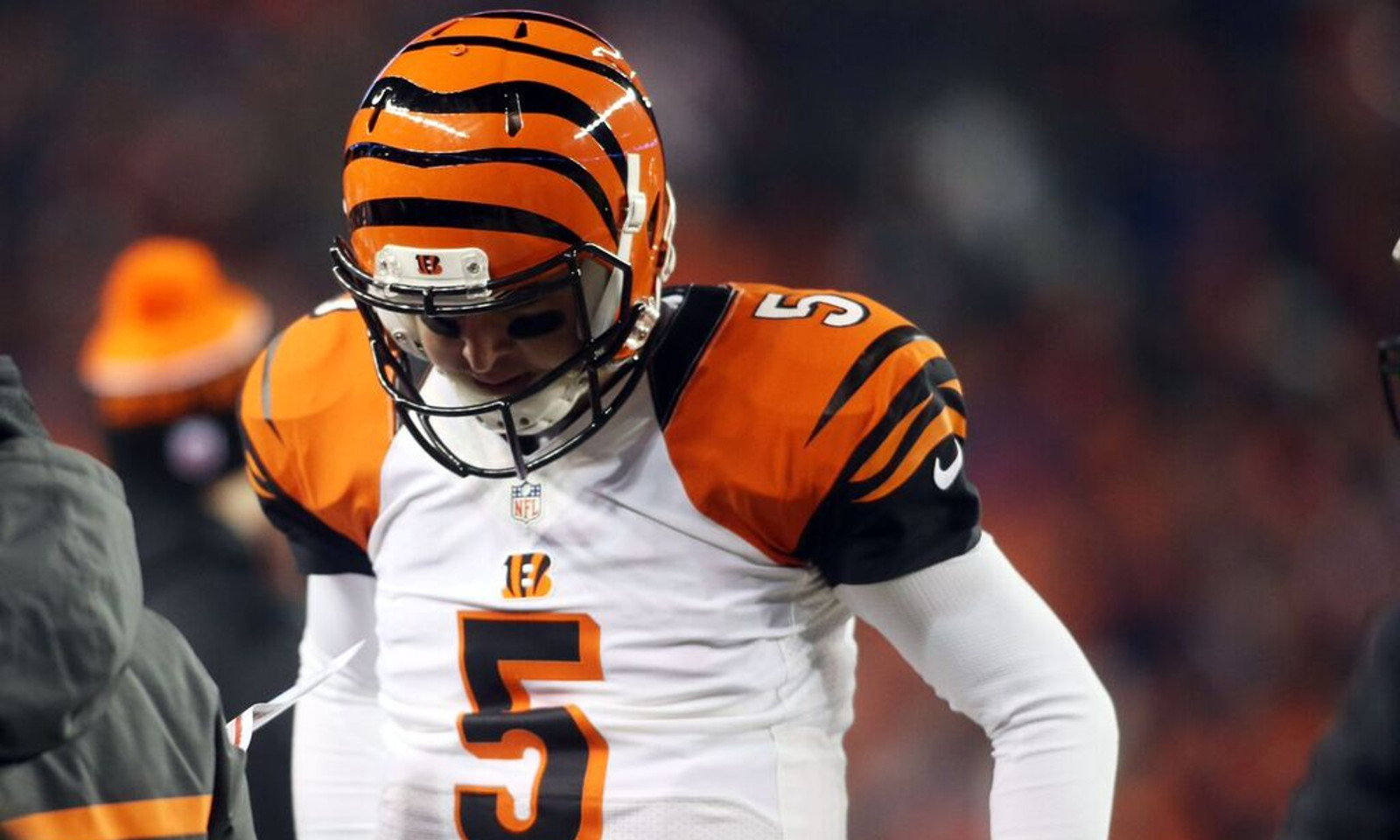 Legends are made on Monday Night Football and for Cincinnati Bengals quarterback AJ McCarron, he came up a little short. McCarron started his second game, filling in for the injured Andy Dalton (thumb). The former Alabama standout was on target in the first half, completing passes at a very high rate. He hung in the pocket and delivered accurate balls to wide receivers A.J. Green, Marvin Jones and Mohamed Sanu.

McCarron got Cincinnati on the scoreboard first with a five-yard touchdown pass to Green, capping a drive totaling 80 yards on 15 plays. Third down efficiency was McCarron’s strong suite, as he guided the Bengals to 10 conversions on 17 attempts.

He led Cincinnati on three scoring drives, but Denver’s pass rush generated pressure on McCarron in the second half. He was knocked down and hurried multiple times, which resulted in two sacks for a loss of 14 yards. Two dropped passes by Green and kicker Mike Nugent failing on a 45-yard field goal attempt were two of three things that plagued the Bengals. A botched center to quarterback exchange was the third issue, causing a fumble. Denver clinched a playoff berth after its 20-17 overtime win.

A loss is not fun, but Cincinnati remains a playoff team (No. 3 seed) and can obtain a first-round bye with a win. Overall, McCarron was able to move the ball and generate offense. He showcased mobility, which was something he did not have at Alabama.

McCarron finished with 200 passing yards, a touchdown and no interceptions.