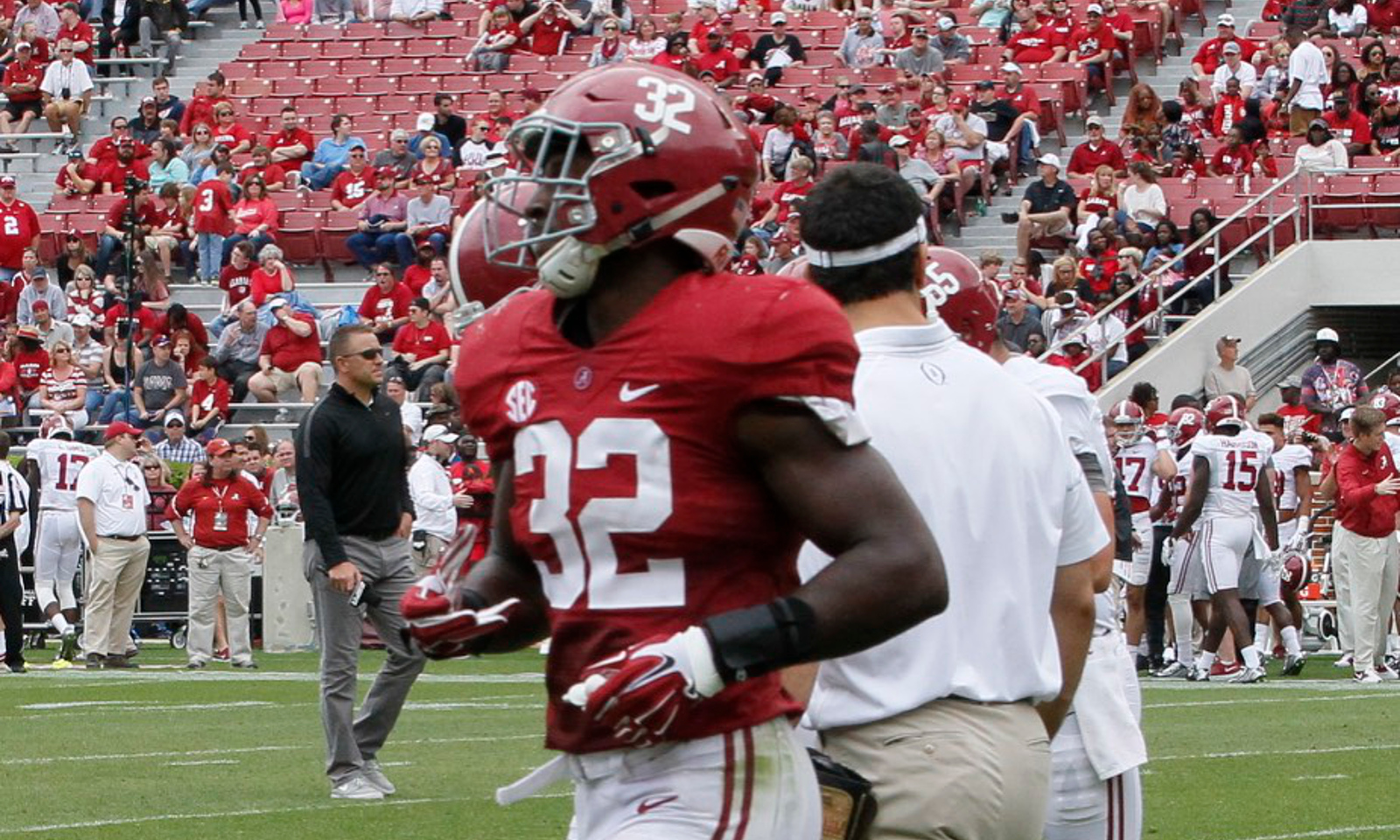 His goal is to be an every down player.

Rashaan Evans returns to a defense that looks to be just as good, if not better than its numbers from 2015. He signed with the Crimson Tide in 2014 as an explosive outside linebacker, but the addition of Jeremy Pruitt at defensive coordinator could see him create pressure from all angles.

Evans earned reps at inside and outside ‘backer’ at spring practice. Linebackers Shaun Dion Hamilton and Ryan Anderson both had nothing but praise for Evans, when it came to stating his progress.

“Coming from outside to inside, he’s a guy with a high motor. When he sees the ball, he is definitely going to hit you real good.  He is always flying around. He is a great practice player.”

Despite some mental mistakes early on, he improved throughout the semester. Evans covered much ground for team Crimson on A-Day, totaling 17 tackles, a tackle for loss and a sack.

On Wednesday, the former five-star prospect took his training a step further. He touched on his footwork, lateral quickness and explosion to the football. The 6-foot-3, 230-pound linebacker finished strong last season, as he collected two sacks against Clemson in the CFP title game.

Evans has accounted for 24 tackles, six tackles for loss, five sacks and six quarterback hurries in 27 games. The graduate of Auburn (Ala.) High School will have all eyes on him in the fall.