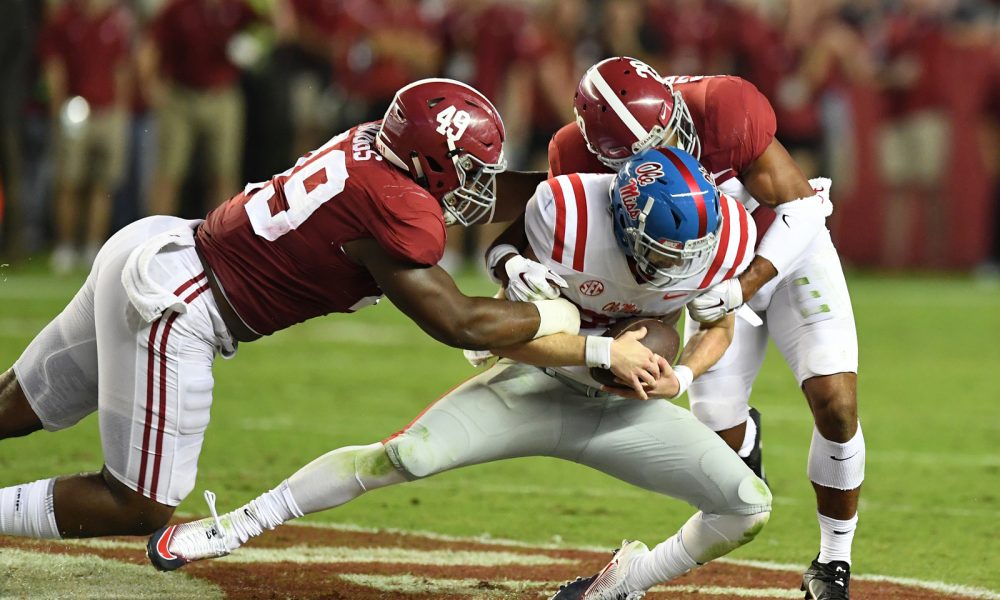 Ed Orgeron wanted him for all the gumbo and creole in the world, but former University of Alabama wide receiver Kenny Bell had different thoughts for Isaiah Buggs.

While both players hail from Louisiana, Bell took his talents to Tuscaloosa in 2009 and he trained Buggs to fall in line for the 2017 recruiting cycle. The senior has not disappointed his mentor as he has become the most consistent leader and playmaker on defense for the Tide.

His 8.5 sacks in eight games places him in the top-10 nationally and second in the Southeastern Conference, behind Josh Allen of Kentucky. He leads Alabama with 9.5 tackles for loss and is among the leaders in total tackles with 27.

The 6-foot-5, 286-pound defensive end has turned up his production since the Texas A&M matchup; however, this weekend means a lot more to him.

With the SEC Western Division crown on the line and College Football Playoff implications in the mix, LSU will enter the game with a solid rushing attack and a couple of big-play wide receivers for Joe Burrow at quarterback. Although he has protected the ball well and made improvements in his play, Burrow has yet to see the creatures that he’ll face on Alabama’s defensive front at Tiger Stadium in Baton Rouge, La.

In reflecting back on Buggs, his mindset was locked on the Tigers during the bye week and on Sunday – as he posted a tweet to social media that confirms his focus going into what is expected to be an intense week of practice.

Defensively, the Tide had question marks at the start of the season.

Regardless of it answering quite a few of them, there are those that do not believe this year’s team is as lethal as recent ones.

A stifling performance against the Bayou Bengals would put an end to that conversation and Buggs will spearhead the group in its quest to winning its sixth national championship under Nick Saban.