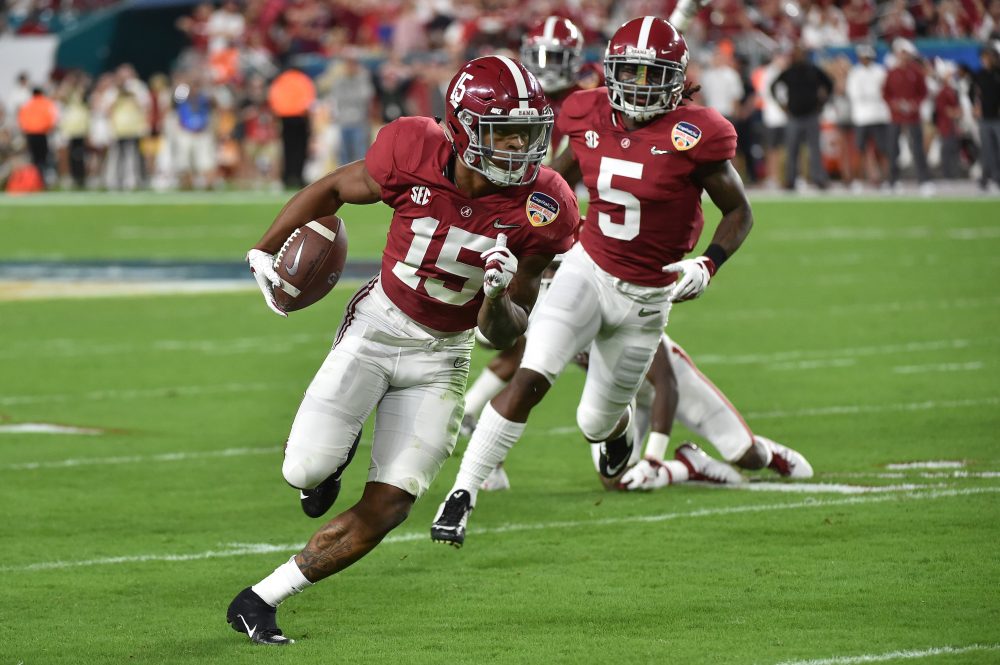 The next defender is Xavier McKinney.

Possibly the most underrated player on the entire roster, Xavier McKinney definitely doesn’t get the widespread praise that he deserves. With a team that was so loaded with stars last season, it was easy for the 6-1 safety to fly a bit under the radar. And that’s where he seems to thrive.

McKinney’s versatility was a big part in the team’s success in 2018. Not only was he excellent at defending against the pass but he also excelled at stopping the run. It is not too often you find a player who is as good as McKinney at both aspects.

A lot of the times McKinney has shown that he has great instincts when playing in space. He always finds his way to the football whether if it’s a handoff or a pass through the air. What really impresses me about McKinney is how willing he is to throw himself into the mix

There were multiple times throughout the course of a game where the linemen are both jockeying to see if they can push their back a little further. A lot of the time players in the secondary sort of stick behind and watch from afar as the big guys duke it out. But McKinney jumps right in and a lot of the time was the guy who made the play on the back. Which is why he had six tackles for loss as a safety.

Another part of his game that is impressive is his open-field tackling. When you play as much man to man defense as Nick Saban does you need players who can tackle one on one or else a guy will be able to slip away for a big game. Thankfully McKinney knows how to throw his weight around even with bigger players.

He is an extremely physical player and a great asset to have in the back of your defense.

A little too anticipatory

There is a reason that some players are put on the defense, and one of the reasons is that they don’t have great hands. Despite having two interceptions on the season McKinney is no Jerry Jeudy when it comes to intercepting passes.

I understand that it can be pretty difficult to catch a pass which you know isn’t meant for you but there were multiple occasions during the 2018 season where the safety could have shifted the momentum with a pick. Alabama defenses are known for their overwhelming physicality and also the ability to generate other teams untimely turnovers.

In order to keep that brand going in 2019, McKinney is going to have to try and complete a couple of interceptions that are on the catchable side. But he shouldn’t try to anticipate because that’s another part which can get him into trouble.

Every once in a while McKinney shows to be a hair to anticipatory in the pass and run game. He got caught a couple of times last season with some pass interference calls when trying to make a play on the ball. There were also a couple of occasions when he was playing up on the line during a run play and jumped a little early in front of a gap and was able to get blocked.

Sometimes really smart football players get caught up a little bit because of how well they know the other team’s playbook.

McKinney is expected to headline an experienced secondary in 2019. Out of the returning players he is viewed as the most talented and most complete football player of the bunch and will be looked upon to lead the unit this upcoming season. He will also be in consideration for some of the big awards given out to players in the secondary by the end of the season.

After the 2019-20 season, Xavier McKinney may not fly under the radar any longer. With the kind of versatility, he has on the football field teams should and will take notice of how good he is. At the same time, NFL teams should also take notice at possibly the next great Alabama safety that is ready to join the league.