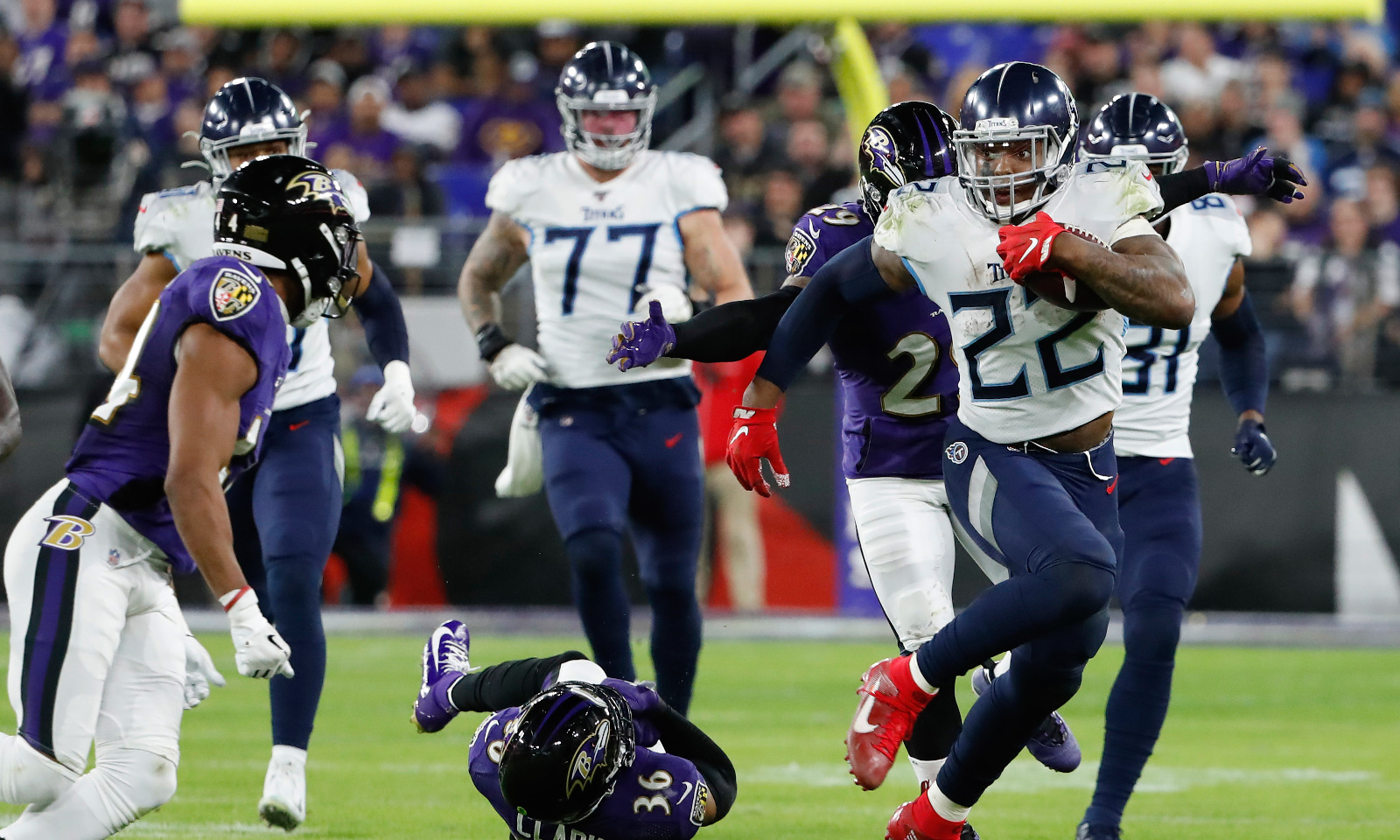 Things have never gone well for those who doubt, criticize or undermine Derrick Henry.

People said he was too big to be a running back at Yulee (Fla.) High School and all he did was break Ken Hall’s all-time prep school rushing record. He totaled 12,124 yards rushing with 153 touchdowns and became a five-star prospect in the 2013 recruiting cycle. At Alabama, critics thought he was too big to play running back and Nick Saban used their fear to his advantage.

In allowing Henry to run the ball, he gave the Crimson Tide its first-ever 2,000-yard rusher in 2015 – posting 2,219 yards with 28 scores. He ended his collegiate career with a Heisman Trophy, Doak Walker, Walter Camp and Maxwell awards, SEC Offensive Player of the Year, first-team All-SEC and unanimous All-American honors.

His 3,591 yards and 42 scores both rank first all-time in school history for backs. Henry was a pivotal factor for two SEC titles and a College Football Playoff National Championship.

During the 2016 NFL Draft process, the doubters continued.

The new statement was that his game would not translate to the pros.

In graciously holding a middle finger to the analytics, Henry has silenced everyone. The 6-foot-3, 247-pounder has rushed for 1,000-plus yards in back-to-back seasons – including the 2019 campaign as he secured the league’s rushing title. Henry not only ended the regular season with 1,540 yards rushing with 16 scores, but he also dominated two of the NFL’s best defenses in the playoffs.

He carried the Tennessee Titans to wins over New England (182 yards) and Baltimore (195 yards), in having 180+ yards rushing on at least 30 carries in both games. The native Floridian became the first back in NFL history to have three consecutive games with 180 yards or more.

Even with him having the Titans one win away from the Super Bowl, doubters remain on Henry’s trail.

Frank Clark, a defensive end for the Kansas City Chiefs, called Henry out on NFL Network’s Good Morning Football show. The former second-round pick of the 2013 draft said there is “nothing difficult about tackling him” and claimed that Henry is “not the best at breaking tackles.”

?️ “Honestly, he should be running harder at his weight and at his size. I don’t see no difficulty in tackling him.”@TheRealFrankC_ has no fear in going up against @KingHenry_2 ?

The Patriots had the best defense under Bill Belichick and the Ravens have playmakers all over its unit; however, neither could stop Henry.

In fact, he made Earl Thomas look bad as he stiff-armed him into a circle and had him run into his own teammate.

Despite having Patrick Mahomes at quarterback, the Chiefs do not have the most elite defense in the world.

Tennessee is riding a two-game win streak in to Arrowhead Stadium and Henry is the primary catalyst behind it.

Clark and the boys better be ready, because Henry is not playing around.