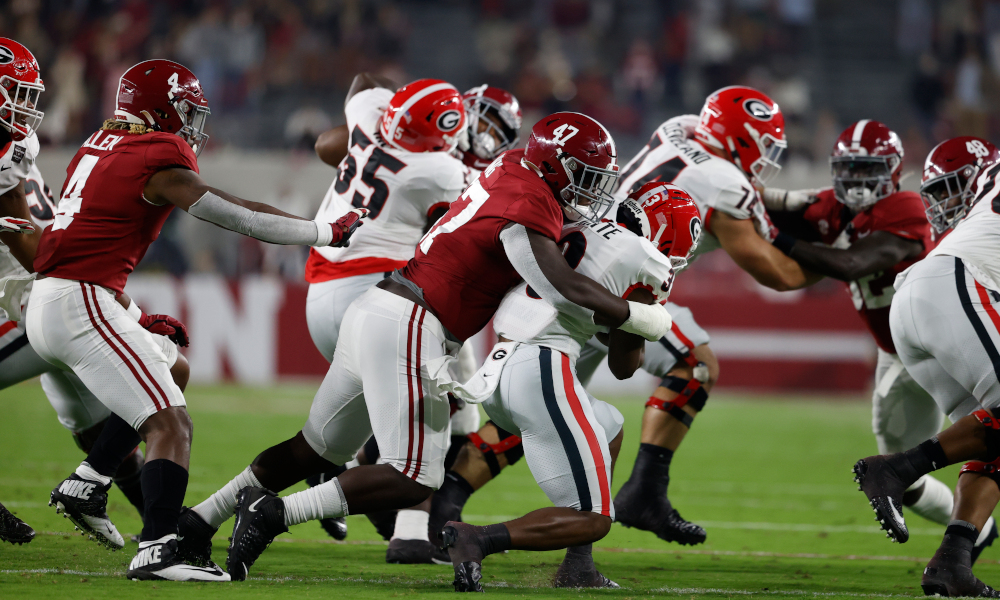 Fans of Alabama football were not pleased with the Crimson Tide’s defensive performance versus Ole Miss, but it has seen improvements since the matchup.

Nick Saban saw his group on defense shut Georgia off the scoreboard in the second half and held Tennessee without points in the first and fourth quarter. Part of the success has come from the play of Byron Young on the defensive line.

Despite seeing Christian Barmore take more initiative and Justin Eboigbe stepping up, Young brought an energy off the bench versus Texas A&M, Georgia and Tennessee that really helped the front. He created at least one tackle for loss in all three games, showing his burst and quickness off the ball.

A native of Laurel, Miss., Young was one of the top defensive line prospects in the 2019 recruiting cycle and made an impact on the team last season. He played in all 13 games and recorded 23 tackles, 1.5 tackles for loss, one sack, one quarterback hurry and one pass breakup. According to respectable sources, yours truly of Touchdown Alabama Magazine was told over the summer on Young having moments of flashing Quinnen Williams-like quickness.

He helped the Tide limit Zamir White of the Bulldogs to 57 yards rushing and rendered Eric Gray of Tennessee to the same fate.

With LaBryan Ray (elbow) working back from an injury, Alabama is increasing Young’s role.

The 6-foot-3, 292-pounder gives the team a quickness up front that it lacks with other players. Coach Saban has been very pleased with how Young has performed.

“Byron Young has really played well for us this year,” Saban said on Monday. “He lost some weight. He’s got his quickness back. I really like the way he’s played, especially in the last game. We certainly need some help, especially with LaBryan Ray still very questionable as to when he is going to come back. Byron gives us mobility we will need, especially in a game like this.”

Young posted a season-high four tackles against the Volunteers, including one for loss.

In facing the air-raid offense of Mississippi State, Alabama will need for him to affect K.J. Costello in the pocket as much as possible. After dominating LSU in its season opener, the Bulldogs lost its last three games and have struggled offensively.

It even has players leaving the program, but Mike Leach is still one with tricks up his sleeve.

Young has nine tackles — three stops for loss — through five games. Fans are looking forward to seeing him dominate on Saturday.