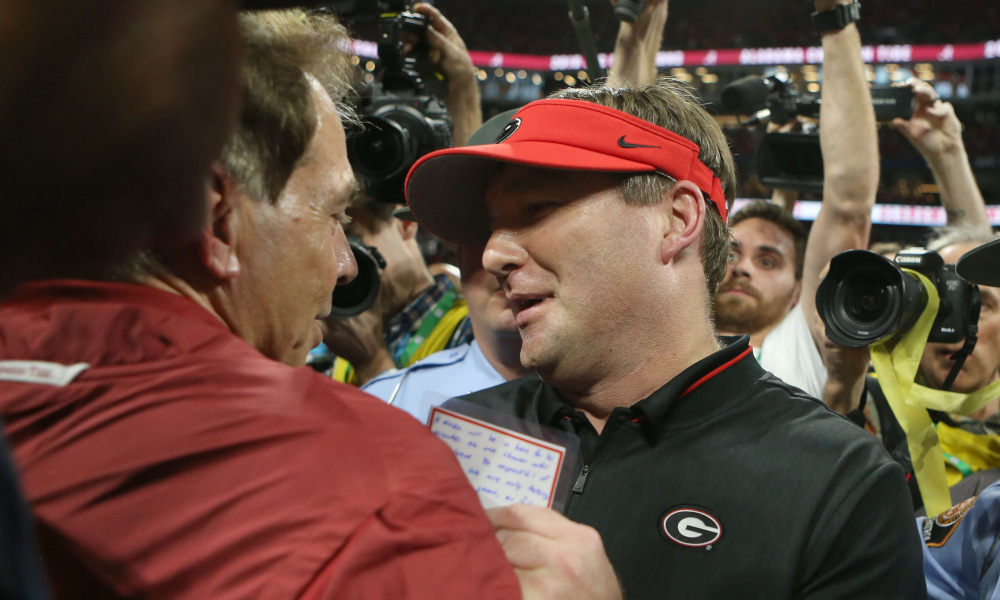 The matchup we have wanted to see since preseason in college football is here.

Alabama and Georgia will battle for a SEC Championship on Saturday inside Mercedes-Benz Stadium in Atlanta. The Bulldogs look to enter the College Football Playoff as the No. 1 seed, while the Crimson Tide wants to keep its CFP hopes intact.

According to the oddsmakers, Georgia is the favorite to win.

The point spread opened with the Bulldogs at –4.5, but it has moved to –6.5. The money line for FanDuel Sportsbook has Georgia at –250, and ESPN gives it a 66.6 percent chance to win. People are expecting the Bulldogs to overpower Nick Saban and the Tide.

Not many are giving Alabama a shot at beating Georgia.

Coach Saban has relished the underdog role in his career. The Tide was an underdog in 2015 against the Bulldogs after losing to Ole Miss.

National pundits said the dynasty was over, but Alabama used the naysay as fuel. The Tide earned a 38-10 win over Georgia at Sanford Stadium (Athens, Ga.) and went on to secure a national championship. Alabama was an underdog in the 2009 SEC Championship Game versus Tim Tebow, Urban Meyer, and the Florida Gators. Some did not expect the Tide to win, but it captured a 32-13 victory.

Georgia has been the most consistent team all season. Kirby Smart is coaching a dominant group; however, he has had trouble defeating Saban. He suffered two losses in 2018 – including the CFP title game – and a defeat in the 2020 regular-season matchup. Georgia is beatable, but how does the Tide get the victory?

The staff at Touchdown Alabama Magazine has compiled the ultimate guide for Alabama to beat the Bulldogs and advance into the playoff.

How does the Crimson Tide win on offense?

Step 1: Alabama’s OL must put together its best performance

Saturday’s game is about the trenches, and Georgia has the best defensive front in college football. The Tide will not overpower the Bulldogs, but can it stalemate them? Alabama has to win some one-on-one’s upfront and give Bryce Young time to attack Georgia’s defensive secondary. No matter what the combination is on the line, the Tide has to win in the trenches.

*Patrick Dowd and Justin Smith were contributors to this report*